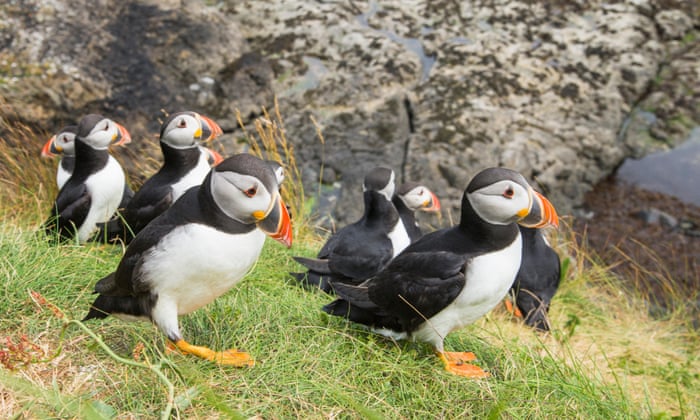 Public funding for environment bodies in Scotland has plummeted by 40% in a decade, placing already declining wildlife at risk, according to analysis of government budgets.

Scottish Environment Link, a coalition of more than 35 wildlife, environment and countryside charities, including the Royal Society for the Protection of Birds, WWF and the Scottish Wildlife Trust, estimates almost £100m has been slashed from the budgets of public agencies in Scotland between 2010-11 and 2019-20.

The group described the cuts as “staggering”, given the climate emergency and biodiversity crisis. The agencies affected are Scottish Natural Heritage (SNH), the Scottish Environment Protection Agency (Sepa) and several research institutes, including the Royal Botanic Garden in Edinburgh and Scotland’s Rural College.

The Scottish government said the analysis gave a “misleading picture” and did not take into account EU and other sources of funding. Budgets had been constrained by UK-wide cuts, it said.

Deborah Long, Scottish Environment Link’s chief officer, said: “Obviously there’s a lack of resources across the board: in the NHS, in policing. But what we’re seeing is that cuts to environment have been ongoing and we’re at a stage where if we want to tackle the biodiversity and climate crisis, that needs to be reflected in budgets.

“If we are going to tackle the biodiversity and climate crisis you can’t do that with no money and no staffing.”

Citing Nicola Sturgeon, Scotland’s first minister,who announced a climate emergency and the need for “transformative change” seven months ago, Long said there was a significant mismatch between words and action.

Long said the State of Nature Scotland report, which showed 49% of species had decreased in abundance in Scotland and one in nine were facing extinction, had clarified the cause of biodiversity loss in Scotland and the UK. The budget cuts had put the agencies under strain, she said.

“We can definitely see it reflected in the stresses in what the agencies are trying to do,” Long said. “There’s a need for action on the ground and for monitoring, Both of these are under severe stress. It is easy not to act until it’s too late.”

Taking account of inflation, the analysis showed funding has dropped overall from £246m in 2010-11 to £147.5m in 2019-20. It looked at Sepa, Scotland’s environment regulator, SNH and the research bodies covered by the Rural and Environment Science and Analytical Services (Resas), and used draft budget equivalent figures, measured in 2019 prices.

“Compared to nine years ago, the annual aggregate SNH, Resas and Sepa budgets have been cut by almost £100m, measured in 2019 prices, a staggering 40% reduction in real terms,” the Link reports. It called for funding for environmental agencies and research to be substantially increased.

Ruchir Shah, the director of external affairs for the Scottish Wildlife Trust, described the analysis as “stark”. “It is counterproductive to shift resources away from nature as it has been shown how important it is to health and welfare,” he said.

Aedán Smith, the head of policy at theRSPBin Scotland, said: “This definitely illustrates not only have we been underfunding nature and the environment but actually reducing funding. A transformative change is required. We need to be embedding tackling climate change and reversing the decline in nature.”

A Scottish government spokesperson said the Link figures were inaccurate. “This analysis provides an incomplete and misleading picture of government spending on environment activity and relevant agencies,” they said.

“While budgets have been constrained over the past decade due to UK budget cuts, we have worked hard to provide our environment agencies with the necessary resources to fulfil their statutory functions and enabled them to increase revenue through environmental charges making polluters pay towards protecting our natural resources.”

It had also expanded the range and number of agencies working in this area, it said.

A Sepa spokesperson said its staffing levels had remained consistent through the decade.

This article was first published by The Guardian on 9 December 2019.

“If we are going to tackle the biodiversity and climate crisis you can’t do that with no money…” Apparently ‘tackling’ cant be done even w/ money since more & more species become at risk as years go by. The only thing money provides for is ‘research’ to track how fast it’s happening.