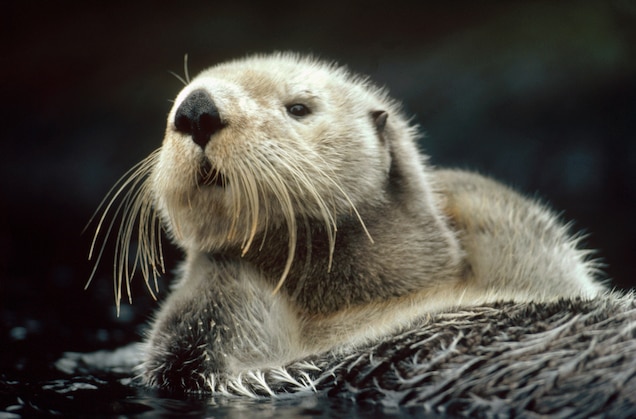 It’s not hard to drum up love for sea otters with their furry little paws, inquisitive expressions, and playful demeanor. But despite the attention and money lavished on this marine mammal, they still have a long way to go.

Campaigns such as the current Sea Otter Awareness Week—which runs from September 20 to 26—aim to help people see past the adorable surface of a sea otter and into the deeper conservation issues these animals face.

The fur trade decimated sea otter populations starting in the 1700s, eventually exterminating them from most of their historic range. They once stretched from Japan through Russia across to Alaska and down into Baja California.

By the early 1900s, the sea otter was thought to be extinct off of California. However, in the 1930s, people started seeing a small group of them near Big Sur (shown above).

Some population counts revealed about 50 otters along the central California coast, says Michael Harris, a sea otter biologist with the California Department of Fish and Wildlife who is based in Morro Bay near San Luis Obispo.

“They formed the parent population of what we have today,” he says.

Now two subspecies inhabit coastlines from the Kuril Islands (map) in Russia over to the Aleutian Islands and down into Washington state, while the third lives off of California.