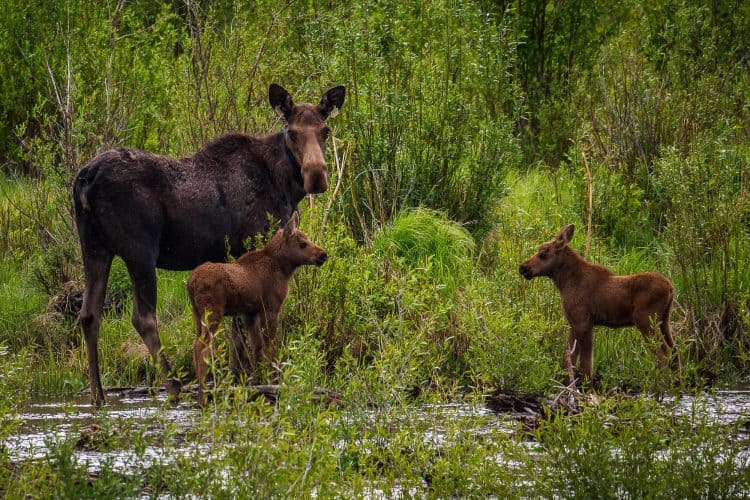 According to a post by the Lake City Silver World Newspaper, two individuals have been charged in connection with the killing of a well-known and beloved Lake City moose. The incident occurred on October 4, when the mother moose with twins was killed on private land.

It was reportedly determined that while the woman who shot the moose had a valid hunting license, the kill was illegal as it occurred on private property.

The tagged moose was known around town as #163. She was a popular sight for visitors and locals, alike. Moose #163 had birthed two twin calves in May. Without her, they will be unlikely to survive the winter. It is unlikely that any official agency will intervene to prevent their deaths from occurring.

The killing happened on the south side of Lake San Cristobal near Lake City, which happens to be Colorado’s second-largest natural lake.

The killing was immediately met with backlash from the local community, with many expressing concern on social media. Aside from occurring on private property, many expressed concern that the killing took place in a populated area.

One local photographer, Michael Underwood, voiced his concerns on Instagram and was met with overwhelming support from his followers. He said, “those moose brought joy to the thousands of visitors that were lucky enough to see them, and now they are gone, and we have orphans who may not survive the winter.”

This article was first published by OutThere Colorado on 28 October 2019.