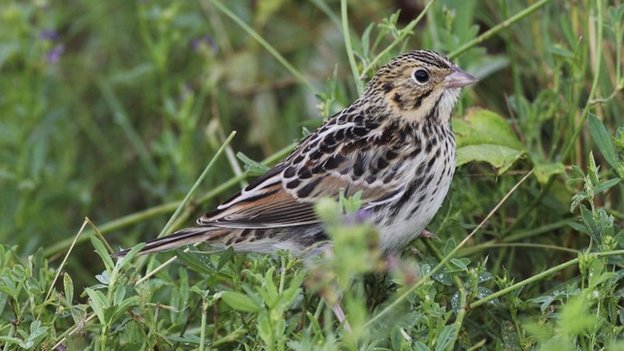 The software brings the “cracking of the dawn chorus” one step closer. It used recordings of individual birds and of dawn choruses to identify the characteristics of each tweet. Dr Dan Stowell is lead author of the report, which was published in the Journal PeerJ.

He told the BBC: “Given a set of recordings, each of them with a list of the bird species present, I was able to ‘train’ a computer system by showing it these labelled examples.”

This technique is called “feature-learning”, which is an automatic analysis technique, used alongside a classification algorithm.

According to the report, this automatically learned data can “often outperform” manually compiled information.

The songs of hundreds of birds were analysed, including samples from the British Library Sound Archive. The best results were gathered from the biggest dataset ever gathered: Brazilian recordings of more than 500 single birds.

Dr Stowell said: “Birdsong is extremely complex. The simplest sounds are often the most difficult, because they can sound so alike.”

He believes that existing software doesn’t work well because it’s not specific enough. This piece of work has found that bird sound classification is possible at a very large scale.

“If you go out in to a forest and want to know what you hear, there are hundreds of possible results. Now we are closer to having an app that can really let us do that.”

Dr Stowell is now working on technology that can do even more than just identify the bird. He wants to try to decode the actual relationships between them. By analysing the call of a species of goldfinch, he is close to working out which birds are in pairs – just by their sound.

The tool has implications for the understanding of different areas, including ecology and conservation. It may also help our understanding of the human voice. “The sound of humans and birds are two completely separately evolved systems,’ said Dr Stowell.

“But they do very similar things. For example chicks learn how to tweet from older birds, and in parallel children learn to speak by learning from adults.”

An interesting consequence of this is that birds have regional accents. “Skylarks can recognise local birds and ones that have come from further away by the vocals they have learned.”

However, Dr Stowell acknowledges that there is still some way to go. The researchers weren’t able to make much significant progress on identifying all the birds singing in the dawn chorus.

“This is very complicated. It’s a very difficult but interesting problem. And this brings us one step closer.”

This article was written by Claire Marshall for BBC Nerws Science & Environment.

But what are they saying? See my Birdtalk (2003). The Nightingale is NOT the "best song," but the most celebrated. The common euro-blackbird has a more beautiful and melodic sequence, as in McCartney's Blackbird singing in the dead of night…