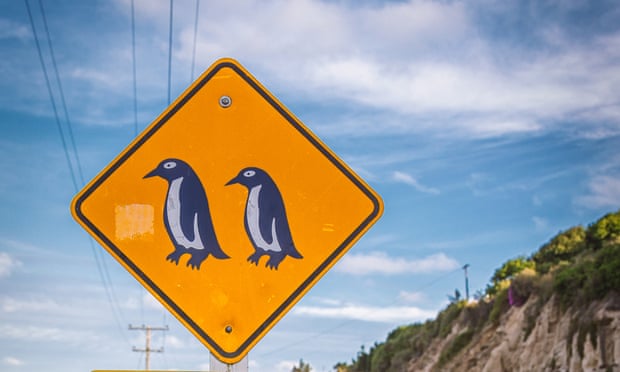 “Waddling vagrants” in the form of two little blue penguins have been released by police after they were detained for setting up home under a Wellington sushi outlet.

Their cover was blown after a shop worker heard them making a cooing, humming sound.

It is understood that the penguins were hiding near the grills beneath the sushi shop, where it was warm.

Constable John Zhu responded, “after sensing something fishy,” Wellington police confirmed on their Facebook page. The penguins were described as “little and blue”.

“This was not the first report police received about the fishy birds.”

They were spotted on Monday at dawn outside the Wellington railway station before taking shelter under the nearby Sushi Bi.

The Department of Conservation (DOC) had been monitoring the site as it was thought that they were likely to return.

The department says the birds are quite common in Wellington harbour, which is home to about 600 pairs of penguins. However, this is the first time the agency had heard of them setting up home in the station.

It warned people should keep their distance from the penguins, which can bite.

Wini Morris, who works at the sushi shop, told Radio NZ that she heard the birds making a “cooing, humming sound”.

“It’s pretty insane the idea that some penguins are camping out under your shop,” he said. “But it’s adorable I think – they’re probably terrified but it’s adorable.”

The little blue penguins conservation status is considered to be “at risk” to “declining”.

Constable Zhu removed the penguins and with some help from the public. DOC and Wellington Zoo were then contacted.

“With some inter-agency cooperation the adventurous pair were released back into Wellington Harbour,” police said.

This article was first published by The Guardian on 16 July 2019.