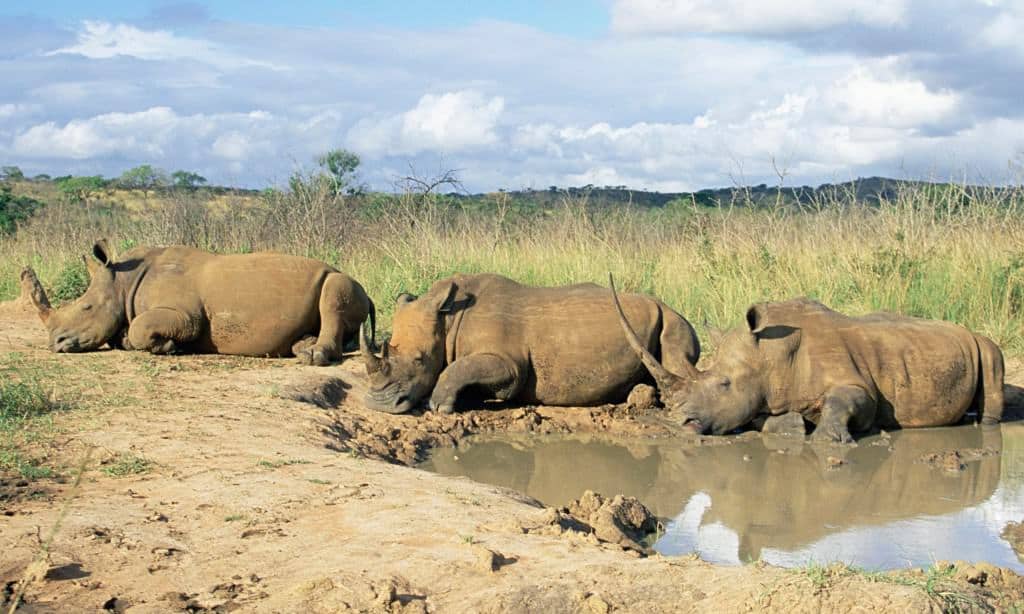 South Africa’s Kruger National Park is inviting bids for rhinos under a plan to move 500 of the animals to safety to counter a wave of poaching for their horns, highly prized in some Asian countries as a sign of wealth.

In newspaper adverts on Sunday, South African National Parks invited potential buyers to “make a written offer to purchase white rhinos in batches of 20 or more”.

Private ranchers own around 5,000 of South Africa’s 20,000 rhinos, part of a thriving game farming industry in Africa’s most advanced economy that caters for eco-tourism and hunting.

The government is turning to the private sector because the Kruger has become the main poaching ground for the animals.

More than 1,000 were poached in South Africa last year – three times the tally in 2010 – to meet soaring demand for rhino horn, coveted as an ingredient in traditional medicine in fast-growing economies such as China and Vietnam.

Government data shows at least 821 have been killed illegally so far this year, 531 of them in the Kruger. The 2014 total is widely expected to exceed 2013, when a record number of rhinos were poached.

People buy rhinos as an investment for a number of reasons. Rhinos are used to attract tourists to a lodge for game viewing and for legal trophy hunts and are traded in an open market. Some ranchers have also bought rhinos in the hope that trade in horn will be legalised at some point.

But given the rising risks and the growing costs of keeping rhinos secure, the planned sales might not get many takers.

“You are asking someone to put a large amount of money on the table in a speculative venture,” Pelham Jones, chairman of the Private Rhino Owners Association, told Reuters.

This article was first published by The Guardian on 06 Oct 2014.