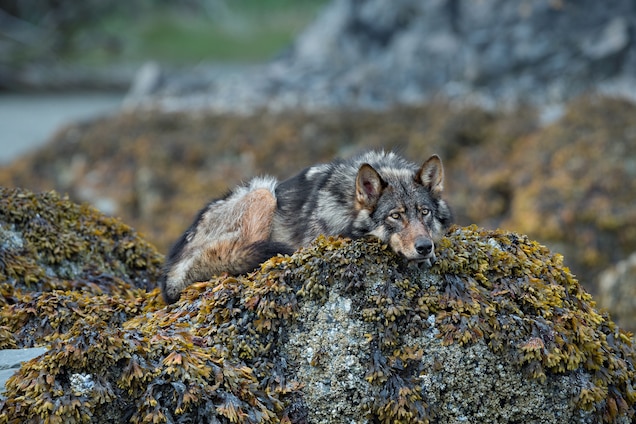 Long heralded as the world’s largest intact temperate rainforest, the Great Bear forest in western British Columbia is home to a stunning array of wildlife, from birds to wolves to the iconic white Kermode, or spirit, bears.

Conservationists and First Nations peoples have battled logging interests in the unique landscape for decades, but now a deal has been struck to preserve most of the forest.

British Columbia introduced legislation this week that will protect 85 percent of the 6.4 million-hectare rainforest from logging. Province Premier Christy Clark called the protection a gift from British Columbia “to the entire world” at a ceremony this week.

“We are hopeful we have provided a beacon of light for how to move ahead in the 21st century,” he said.

This article was first published by National Geographic on 03 Mar 2016. Lead Image: Rain Wolf – Wolves in the forest thrive on a diverse selection of food, including whatever aquatic creatures they can catch in the intertidal zone. Photograph by Paul Nicklen, National Geographic.