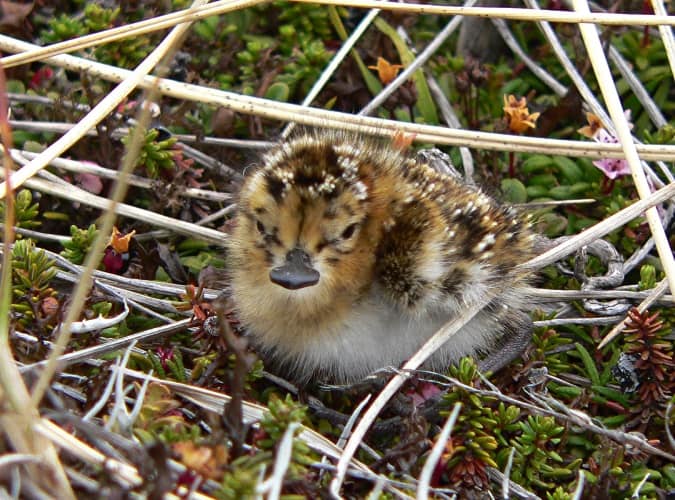 Spoon-billed Sandpipers lay 4 eggs in a simple tundra nest comprised of a shallow depression, most often in mosses, lined with a few dwarf willow leaves. The nest is incubated by both adults on half-day shifts — the male most often during the day and the female at night. After 21 days of incubation the eggs begin to hatch in a process that takes a day or more to complete. When the young finally emerge from the nest they stumble about on well-developed legs and feet and begin to feed themselves. After the last chick emerges, the male begins his job of leading the chicks as they grow towards independence about 20 days later; the female soon departs and begins moving south. This piece captures the first moments of life at a wind swept Spoon-billed Sandpiper nest.