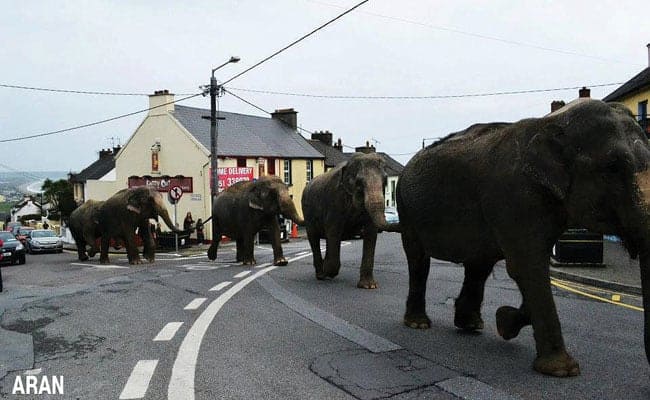 The Minister for Agriculture, Food and the Marine, Michael Creed TD, has officially signed regulations banning the use of wild animals in circuses as of January 1, 2018.

“The use of wild animals for entertainment purposes in circuses can no longer be permitted. This is the general view of the public at large and a position I am happy to endorse.This is a progressive move, reflective of our commitment to animal welfare.

I am of course allowing a modest lead in period to allow for alternative arrangements to be made for the animals in question,” said Creed. “Coming in line with modern welfare standards will mean that greater numbers of the public will be more comfortable with going to the circus.”

The news is being welcomed by campaigners – more than 1,000 people signed a Care2 member’s petition calling for the ban – and organizations that have been working for years to see this become a reality, including The Irish SPCA, Animal Rights Action Network (ARAN) and Animal Defenders International (ADI).

ADI and our partners ARAN campaigned for ban for more than 10 years. pic.twitter.com/2x5XwGRx8b

“Having campaigned to stop circus suffering in Ireland for more than a decade with our partners ARAN, we are delighted wild animals in circuses will be banned from 2018. Circuses cannot meet the needs of animals in small, mobile accommodation and Animal Defenders International has repeatedly documented suffering and abuse. We urge the UK and the USA to follow Ireland’s lead and consign these outdated acts to the past where they belong,” said ADI President Jan Creamer.

While wild animals have been used in circuses for decades, we now know so much more about what they need to be physically and psychologically healthy and there’s no shortage of evidence proving that traveling circuses can never meet those needs. Research, multiple undercover investigations and media reports have all exposed not only the problems inherent with keeping wild animals in circuses around the world, but also the heartbreaking abuses they’re subjected to.

Thankfully the public is turning against the use of animals in entertainment and nations around the world are rejecting their continued exploitation. Progress is being made towards this goal in Scotland, Wales and England. In the U.S., animal advocates are urging Congress to support the Traveling Exotic Animal and Public Safety Protection Act (TEAPSPA), which would end the use of wild and exotic animals in traveling circuses once and for all.

While cities and states across the nation have acted to protect animals used in circuses, a lack of federal legislation addressing this issue has left officials virtually incapable of doing anything meaningful to ensure the well-being of animals, or public safety.

This week, ADI is holding a Week of Action to support TEAPSPA and is encouraging people to take action every day to help get it passed.

You can show your support for animals being used in entertainment by signing and sharing the petition asking Congress to pass the Traveling Exotic Animal and Public Safety Protection Act.

For more on how to help animals in circuses and ways to participate in a Week of Action for TEAPSPA, check out Stop Circus Suffering.