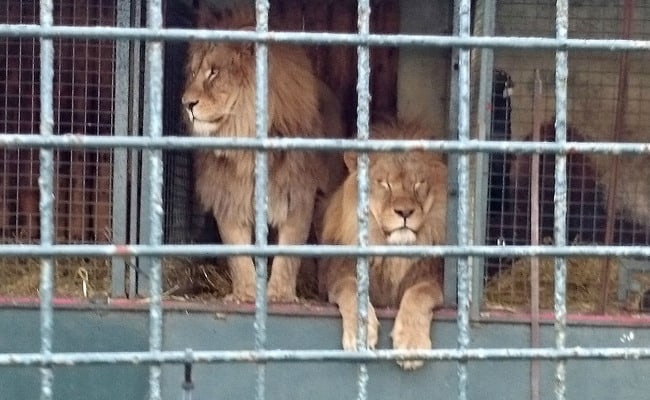 Animal advocates are celebrating another major win for animals used in entertainment following news that Scotland has banned wild animals in traveling circuses.

This week, the Scottish Parliament passed the Wild Animals in Travelling Circuses (Scotland) Bill, which was introduced on ethical grounds earlier this May by Cabinet Secretary for the Environment, Climate Change and Land Reform, Roseanna Cunningham MSP.

“This is an important Act that will not only prevent travelling circuses ever showing wild animals in Scotland in the future, but will demonstrate to the wider world that we are one of the growing number of countries that no longer condones the use of wild animals in this way,” said Cunningham.

Cunningham further explained that the law doesn’t specifically define “wild animal,” which will allow courts to give animals the maximum protection when interpreting how to apply the new law.

According to Animal Defenders International (ADI), which supported the bill, there are currently no wild animal circuses currently in Scotland, but controversial shows have visited in the past. In 2014, the organization exposed the inadequate living conditions of lions and tigers who were brought there over the winter by Thomas Chipperfield.

Thankfully there’s no shortage of evidence showing that traveling circuses can never meet the physical and psychological needs of wild animals used in entertainment. Research, multiple undercover investigations and media reports have all exposed not only the problems inherent with keeping wild animals in circuses around the world, but also the heartbreaking abuses they’re subjected to.

While it’s tragic to think about the lives of animals who are currently being exploited, the public has continued to turn against this ongoing abuse and progress is being made globally to end their suffering.

More than 40 countries around the world have introduced prohibitions on the use of animals in circuses, and efforts are underway in even more.

With this move, Scotland has become the first nation in the UK to step up and ban the use of wild animals in traveling circuses, and it’s hoped more will soon follow. Wales, Northern Ireland and England are making progress toward this goal, but more public pressure is still needed to get it done.

“The public called for a ban, and the Scottish Government and Parliament listened, banishing travelling circuses with wild animals forever. Meanwhile, England continues to sit on its hands, and a bill nearly 5 years old – no more delays, it’s time to stop circus suffering,” said Jan Creamer, President of ADI.

Nearly 100,000 Care2 members signed a petition calling on the Scottish government to prioritize a ban on wild animals in circuses.

You can help support the effort to end circus suffering in the UK by signing and sharing the petition calling on Theresa May to uphold the promise made years ago to ban the use of wild animals in circuses.

For more on how to help, check out Stop Circus Suffering.