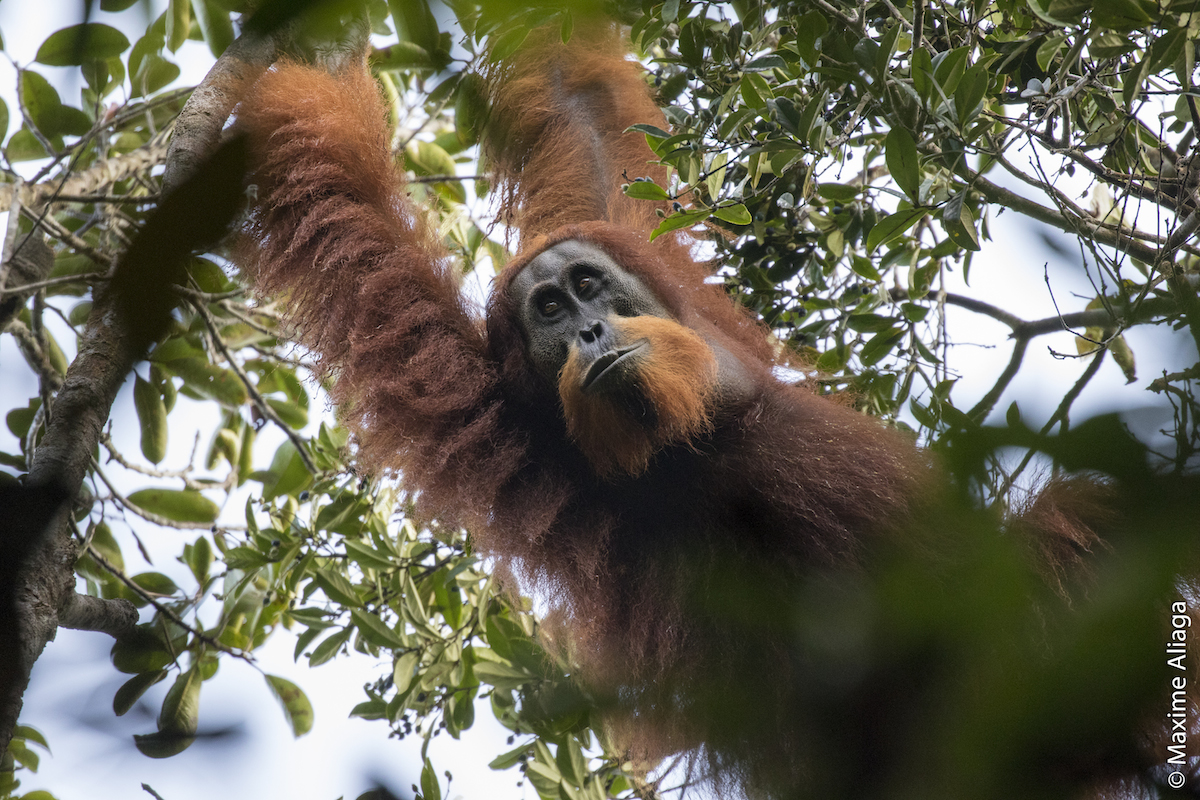 JAKARTA — In Indonesia’s Sumatra, which has lost much of its forests over the decades, a major highway project running the length of the island is poised to speed up incursions into the few significant stands of forest that remain, researchers say.

Construction of the Trans-Sumatran Highway, spanning 2,700 kilometers (1,680 miles) from Banda Aceh in the north to Bandar Lampung in the south, has been a top government priority since 2011.

The proposed project is designed to connect the island’s agribusiness and extractives sectors in an effort to boost commodity exports to the rest of the world.

But in a paper published Nov. 18 in the journal Tropical Conservation Science, researchers warn of the high risks of the project to the remnant, high-biodiversity forests of Sumatra — an island that lost 40 percent of its old-growth forest between 1990 and 2010, becoming a global epicenter of tropical deforestation, fires, air pollution, and carbon emissions.

The researchers also flag the increase of land disputes arising from the project, given that some 40 percent of the land needed for the highway has yet to be acquired due to conflicts with local communities.

The development of the Trans-Sumatran Highway, the authors add, will be a major test for regulations meant to protect the fast-disappearing forest areas that remain.

In their study, the researchers identify three main remnant forest areas in Sumatra: Kerinci Seblat National Park and its surroundings; the Batang Toru area; and the Leuser Ecosystem.

“We identify the most critical sites of ecosystem vulnerability from the new highway, and also underscore weaknesses in land-use regulations that greatly increase illegal exploitation of protected forests,” William Laurance, a co-author of the study and tropical ecologist at James Cook University in Australia, said in a statement.

The current route is designed to stretch along the northern boundary of Kerinci Seblat National Park. This, the researchers say, will separate the park from the adjacent Lembah Anai Nature Reserve and possibly fragment the reserve, which is home to critically endangered Sumatran tigers.

The park itself is already imperiled by existing road projects. In 2016, 12 planned or proposed road projects in four zones of the park were identified by UNESCO. The list of new roads appears to have been canceled by the Indonesian government, but ongoing road developments and upgrades are still continuing, the paper notes.

A section of the Trans-Sumatran Highway will pass along the northeastern part of the Leuser Ecosystem. The paper say that if this proceeds without more stringent protections in place for the landscape, it will most likely allow further expansion and consolidation of encroachment from oil palm plantations that already exist in the northeast of the Leuser Ecosystem and are extensive in its southeast.

In the northeast, forest clearing was recorded in eight of nine oil palm concessions in 2019, according to the monitoring group Leuser Watch.

“As a National Strategic Area for ecosystem-service protection, the Leuser Ecosystem should legally restrict road developments within and around its extent to prevent agricultural incursions,” the authors write.

They also contend that supporting road infrastructure for the Trans-Sumatran Highway will stretch all the way into the habitat of the Tapanuli orangutan in the Batang Toru region, allowing for further encroachment into the only known place on Earth where this critically endangered ape is found.

The biodiversity in the Batang Toru forest area already faces a major threat from the proposed development of a hydroelectric power plant that entails 20 kilometers (12 miles) of road. Road infrastructure for silver and gold mining has also fragmented and degraded the ecosystem in Batang Toru.

The Indonesian government has set a completion deadline for the Trans-Sumatran Highway project of 2025, at a total cost of 15 trillion rupiah ($1.1 billion). To date, however, only 278 kilometers, or 10 percent, of its planned routes are operational — an increase of just 2 percent since May this year, the paper says.

The researchers have called on the government to issue more stringent regulations that protect the conservation areas from road development, instead of just banning them within the core parts of these forests. They also urge national authorities to put in place regulations that prohibit proposals of road development from local governments, such as those in Kerinci Seblat National Park and the Leuser Ecosystem.

The authors ultimately recommend significant rerouting of parts of the Trans-Sumatran Highway that would otherwise encroach into these nominally protected remnant forests and their surroundings.

“The Indonesian island of Sumatra is one of the hottest of all global biodiversity hotspots, harboring the world’s rarest great ape and the last place on Earth where tigers, orangutans, elephants, and rhinos still survive together in the wild,” Laurance said.

Editor’s note: William Laurance is a member of Mongabay’s advisory board.

This article by Basten Gokkon was first published on Mongabay.com on 6 December 2019.

Things will hardly improve while conservation efforts are so inept.

Being the whole purpose of the 1,680 mi. Trans-Sumatran Highway is “an effort to boost commodity exports to the rest of the world,” fast disappearing forested areas will suffer from the master plan to sell more ‘extractives’ anyway. E.g. increased palm oil plantations, silver & gold mining or whatever else Indonesia can sell that the world wants. ‘Extractives’ (an interesting word.) In fact, by not seriously prosecuting poaching, it serves almost like a form of welfare for the poor, who can make a few extra dollars poaching the fauna & be happy. ‘Researchers have done their best, but all they… Read more »