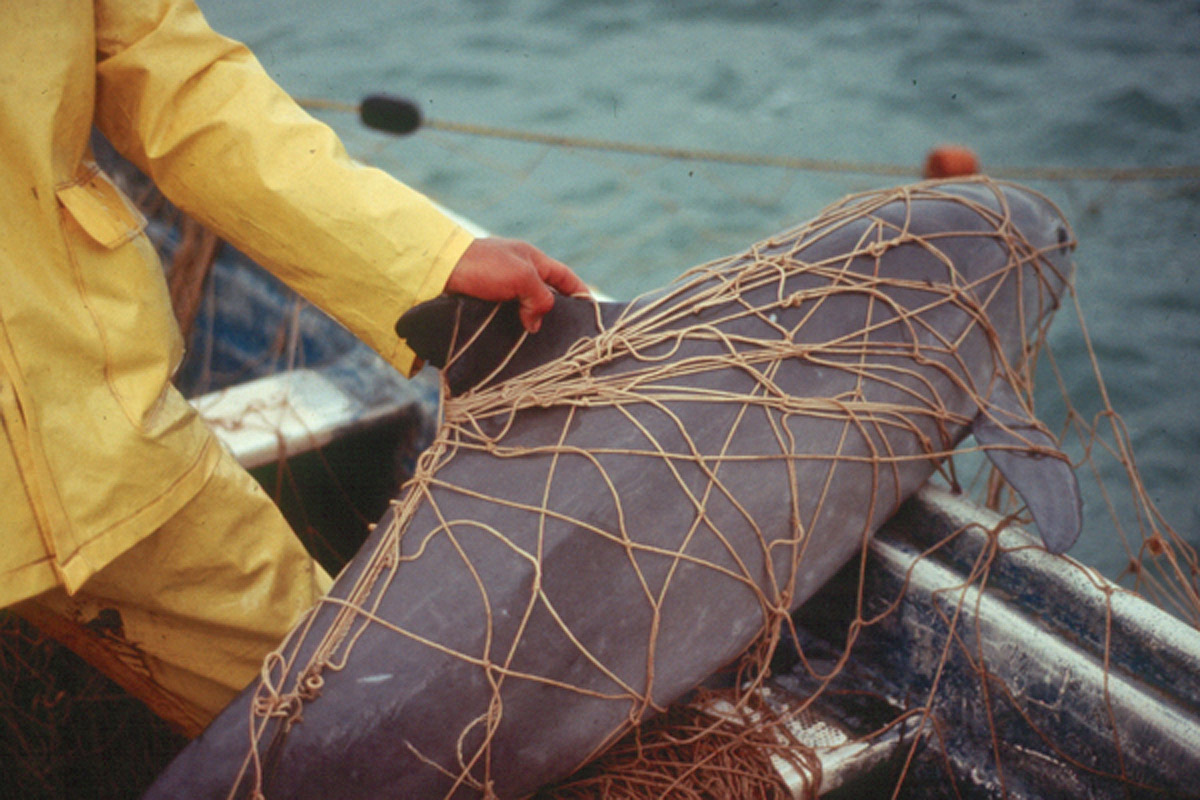 Three suspected totoaba poachers were reportedly shot yesterday by Mexican marines following a confrontation over illegal gillnets that had been confiscated.

According to local news outlet Fronteras, the governor of the Mexican state of Baja California, Francisco Vega, has confirmed that three people were injured in a shootout between suspected poachers and Mexican marines early Thursday morning in San Felipe, a small fishing town on the coast of the Sea of Cortez.

Fronteras reports that one of the suspected poachers, Enrique García Sandez, a 37-year-old fisherman, was transported to a hospital in Mexicali with serious injuries.

“Videos of the confrontation shared on social media Thursday show García Sandez bleeding in a truck bed with marines nearby,” according to Fronteras. “Other fishermen are then seen chasing the Mexican marines as they drove away. Protesters gathered outside the marine’s station in San Felipe to demand justice for the shooting. Some threw projectiles and set a truck on fire.”

Another local news outlet, La Voz de la Frontera, reports that García Sandez was shot three times, in the scalp, right leg, and left forearm. A 17-year-old boy was also reported to be among the injured and was taken to a clinic in San Felipe, while a woman whose stomach was grazed by a bullet did not require hospitalization.

Gillnets are a piece of fishing tackle that have been banned in the Sea of Cortez because vaquita, a small porpoise considered the most endangered mammal on the planet, become entangled in them and drown. It is believed there are only 10 vaquita left in the Sea of Cortez, also known as the Upper Gulf of California, the vaquita’s only known range.

Vaquita are not the targets of fishermen who illegally deploy gillnets, however. Those illegal fishermen are after totoaba, a fish whose swim bladder can fetch thousands of dollars per kilogram on the black market.

Totoaba swim bladders, or maws, are highly prized by practitioners of traditional Chinese medicine. An investigation by wildlife crime watchdog group Elephant Action League revealed last year that criminal enterprises have muscled their way into the poaching game in the Sea of Cortez, giving rise to cartels that specialize in poaching totoaba maws and smuggling them out of Mexico.

Ramón Franco Díaz, president of a local fishermen’s federation in San Felipe, told Fronteras that “Legal fishermen have nothing to do with the disorder that’s going on in the Port of San Felipe right now.” Franco Díaz said that these legal fishermen, who are simply trying to catch “chano” to feed their families, should not be conflated with totoaba poachers.

Andrea Crosta, executive director of the Elephant Action League, which monitors the situation in the Sea of Cortez closely, told Mongabay that yesterday’s events were the inevitable conclusion of the past 10 years of anti-poaching efforts that have focused solely on fishermen in the region.

“The only action was a bit of anti-poaching at sea and net-removal, both important pieces of the puzzle, but they just cure the symptoms,” Crosta said. “In 10 years they spent 100 million dollars in anti-poaching and compensation plans, and this is the result. Meanwhile, the traffickers are healthy and comfortable in their chairs, far away from the Sea of Cortez.”

Crosta added that he’s seen this same problem play out elsewhere around the world, for example, with elephant and rhino poaching. In a commentary for Mongabay published last month, he argued that the vaquita is still doomed without intelligence activities and law enforcement aimed at disrupting the cartels driving the illegal trade in totoaba.

“They hammer the poachers and nobody really takes the time to understand who are the real enablers, investors and drivers along the supply chain, and take them out,” Crosta said.

This article by Mike Gaworecki was first published on Mongabay.com on 29 Mar 2019.

The stupid folk medicine from China is causing the rapid race to extinction for numerous species. And this make believe medicine has no basis in science. China wants to be a world leader, however it does nothing to curb or stop this. It seems that exploitation at the expense of preserving species never enters the Chinese thinking.