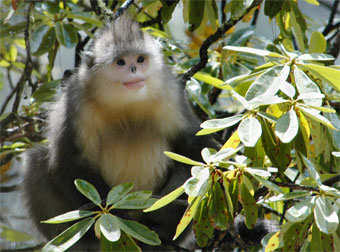 The number of black snub-nosed monkeys in southwestern China has increased by more than 50 percent since the 1990’s due to conservation efforts, reports Chinese state media. A survey launched last month in the high elevation forests of China’s Yunnan Province and Tibet Autonomous Region indicates that there are now more than 3,000 monkeys, up […]