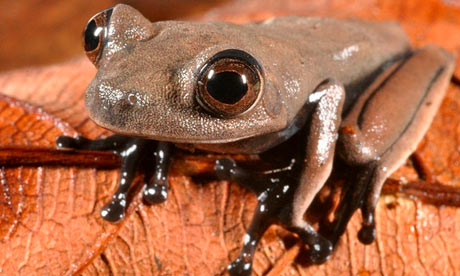 Sixty species new to science, including a chocolate-coloured frog and a tiny dung beetle less than 3mm long, have been discovered by scientists in Suriname. An expedition of scientists spent three weeks in 2012 exploring an area of rivers, mountains and rainforest in the south-eastern region of Suriname that has “virtually no human influence”. The […]