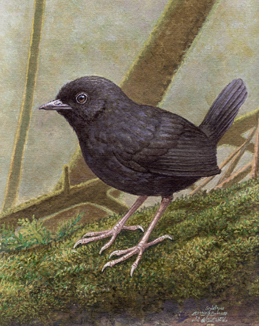 A new bird species has been discovered in the montane forests of Peru. The bird, called the Junin Tapaculo, was discovered by a team led by Peter Hosner of the University of Kansas. The species escaped earlier detection due to its similarity to other tapaculos, its elusive nature, and the remoteness of its habitat. Hosner […]