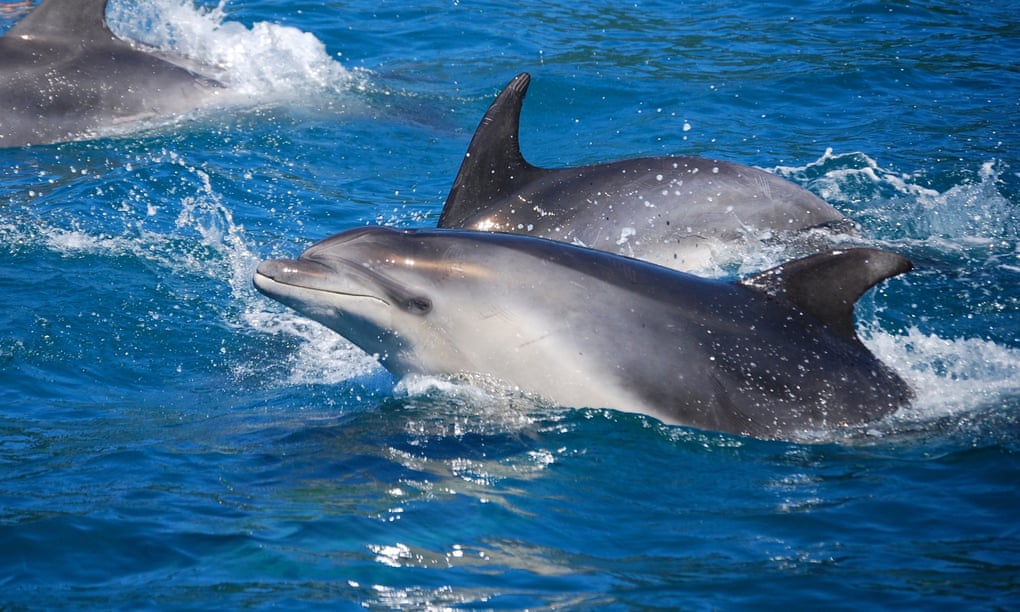 When the award-winning documentary The Cove was released in 2009, it brought the horrors taking place in the small coastal town of Taiji, Japan to a global audience and ignited international outrage as people learned about the brutal drive hunts and mass slaughter of dolphins every year.

Tragically, while these hunts have faced widespread condemnation for the inhumane methods used to roundup, separate and kill hundreds of dolphins, they still continue today, targeting nearly a dozen different species.

Not only are the drives and slaughter inherently cruel, so are Taiji’s ties to the captivity industry that’s resulted in family’s being torn apart and individuals left to suffer lifetimes of confinement in marine parks.

While most research to date has focused mainly on methods used to kill dolphins, a new study is shedding a light on the toll these drive hunts are taking not only on those who are killed or taken for captivity, but also on those who survive and are released.

For the study, which was just published in the Journal of Applied Animal Welfare Science, a team of researchers examined both the physical and psychological impact of chasing and capturing dolphins, and how these drives are also putting survivors at serious risk of injuries and death – even after they’re freed.

Everything about this process causes acute stress. First they’re bombarded and disoriented by noise, rounded up and trapped in the cove, where they may be left for days while people decide who lives, who dies and who is taken for captivity.

During that time they may be injured either intentionally or accidentally, are at risk of drowning while they’re restrained, are roughly handled and crudely slaughtered – often in front of family members.

“The stress and acute trauma resulting from being chased at sea, driven towards shore, corralled by speed boats and then violently handled during the selection process, is profoundly inhumane,” the study’s lead author Courtney Vail, from the Lightkeepers Foundation, told The Independent.

The entire process is causing such physiological and psychological damage, that as the study notes, what’s happening to them would never even be allowed in slaughterhouses on land, and shouldn’t technically be tolerated for species being killed outside of slaughterhouses, yet it is.

Sadly, while the fate of many released is unknown, the stress and trauma associated with these drives can cause lasting physiological and social damage to survivors who have endured them, which is putting the survival of both individuals and entire species at risk. For dependent calves who are released without their mothers, their fate is even more heartbreaking.

The study’s authors hope their findings will influence policies surrounding taking dolphins from the wild, and support ending these drive hunts for good.

While conservation and animal advocacy organizations are continuing to work towards ending these drive hunts forever, a lawsuit filed earlier this year could make that a reality. According to the lawsuit, Japan considers dolphins to be fish and not mammals, but if they were properly classified then these drive hunts would be against Japan’s own animal protection law and would have to be ended.

Hopefully the lawsuit will be successful and this study will help support ending wild captures in Taiji and elsewhere.

Unfortunately, the demand for dolphins in Japan, the Middle East and the Caribbean, among other places, appears to be rising – 135 more individuals were taken for captivity in Taiji compared to last year – which highlights the importance of avoiding facilities that keep dolphins and whales in captivity – it’s an industry that helps fuel this barbaric slaughter every year. Some believe that if it weren’t for the profits brought in from selling live dolphins, the hunts would have already ended.