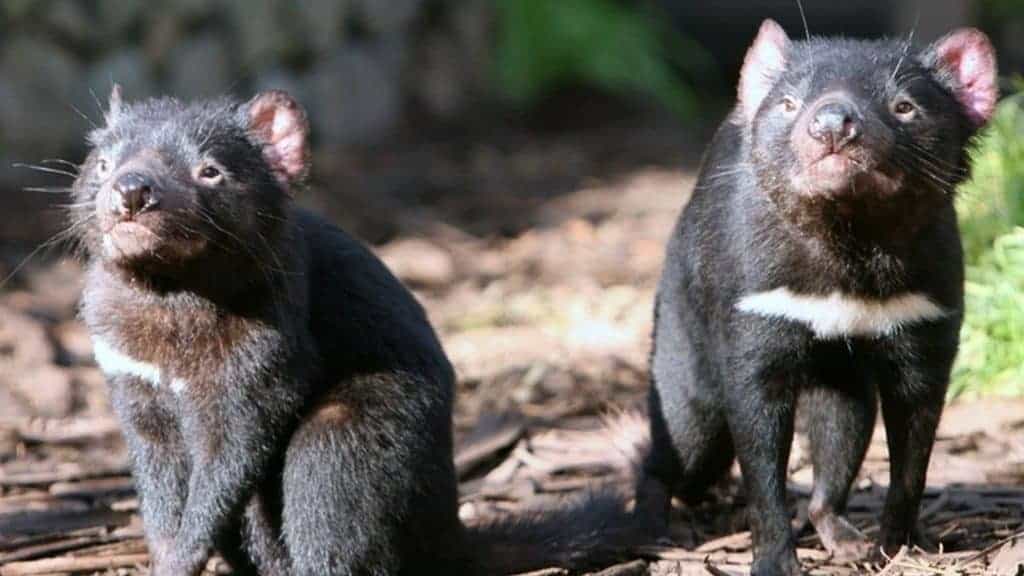 Milk from Tasmanian devils could offer up a useful weapon against antibiotic-resistant superbugs, according to Australian researchers.

The marsupial’s milk contains important peptides that appear to be able to kill hard-to-treat infections, including MRSA, say the Sydney University team.

The scientists are looking to make new treatments that mimic the peptides.

They have scanned the devil’s genetic code to find and recreate the infection-fighting compounds, called cathelicidins.

PhD student Emma Peel, who worked on the research which is published in the Nature journal Scientific Reports, said they had found six important peptides.

These appear to be similar to peptides in the milk of other marsupials, which means these animals are worth studying too.

“Tammar wallabies have eight of these peptides and opossums have 12,” she said, adding that studies into koala’s milk had now started.

Experts believe marsupials are good to study because their babies have to thrive in a relatively dirty environment.

Tasmanian devil mothers give birth after only a few weeks of pregnancy. The tiny offspring then spend the next four months maturing in their mother’s pouch.

The Sydney team recreated the six devil peptides that they found and tested them on 25 types of bacteria and six types of fungi.

One of the synthetic peptides – Saha-CATH5 – appeared to be particularly effective at killing the superbug methicillin-resistant Staphylococcus aureus or MRSA.

Many people carry MRSA on their skin and inside the nose and throat.

Most of the time, the infection is harmless.

But if it enters the body through an open wound for example, it may cause problems, which is why people staying in hospital are at a higher risk.

MRSA is treatable, but only with a combination of antibiotics that can get round the resistance problem.

It also appeared to kill another resistant bug, called Vancomycin-resistant enterococcus, as well as fungi, called Candida, which are commonly involved in skin infections.

A recent review warned that by 2050, superbugs could kill one person every three seconds across the world unless urgent action was taken.

Dr Richard Stabler, Associate Professor in Molecular Bacteriology at the London School of Hygiene & Tropical Medicine, said: “We need to do this hunting in unusual places for new antibiotics. People are beginning to explore and find new molecules.”

This article was first published by BBC News on 18 Oct 2016.