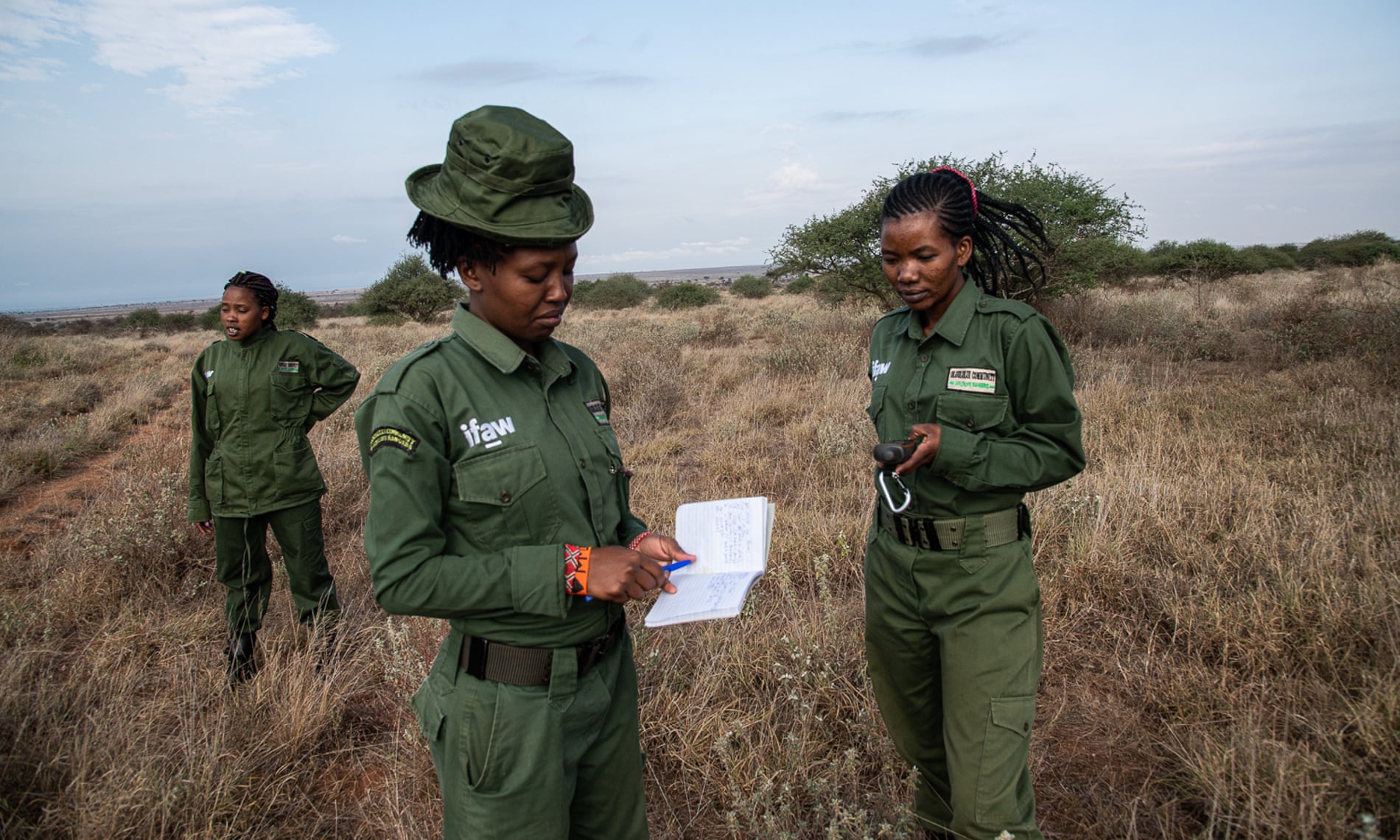 But fear is just part of the job, she says, as she patrols her section of the 147,000-hectare (363,000-acre) community land around Kenya’s Amboseli National Park, a Unesco-designated biosphere reserve. 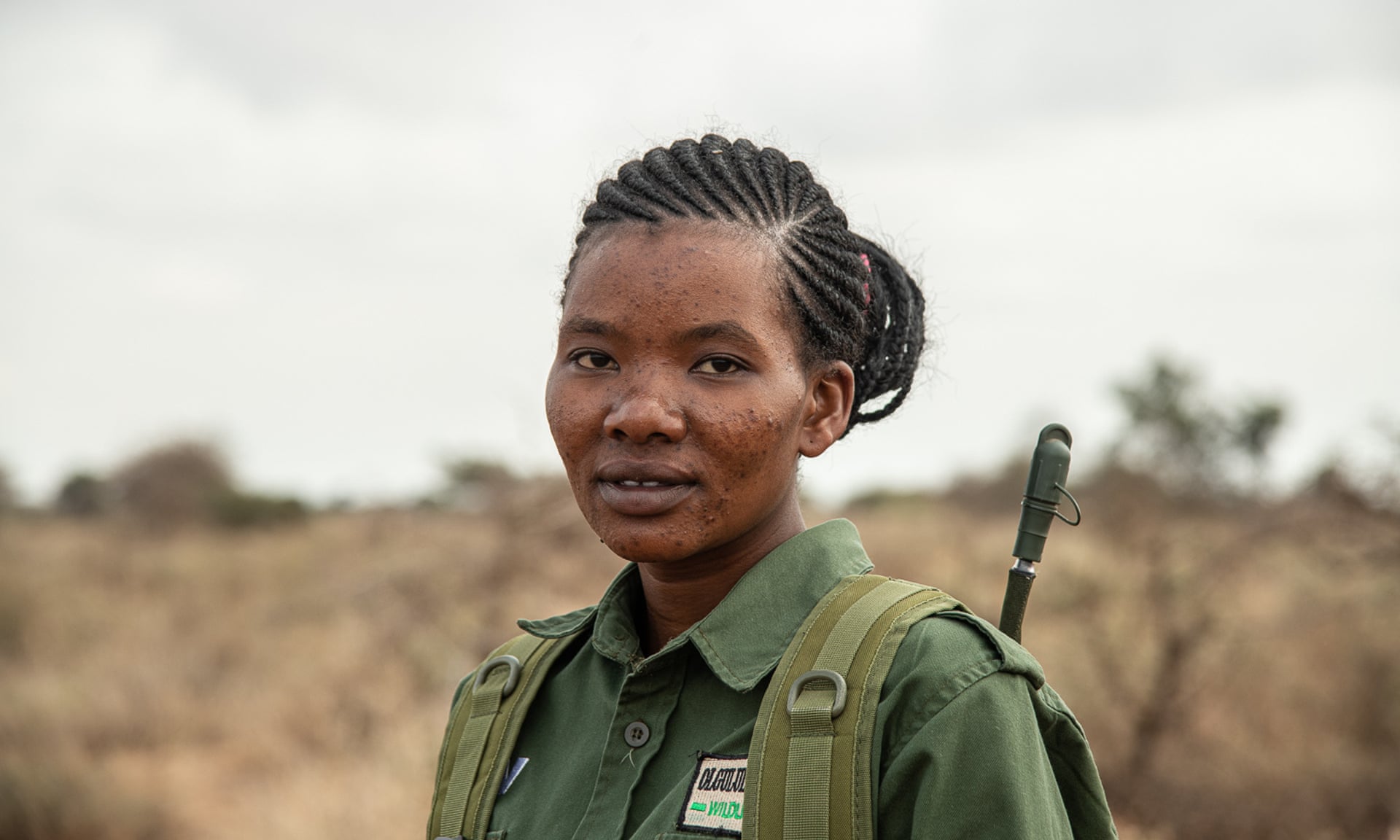 Amleset, pictured, is one of eight rangers in the all-female International Fund for Animal Welfare’s Team Lioness, a patrol unit among 76 rangers from the local Maa community. Their job is to protect wildlife from poaching, trafficking in bushmeat and human-wildlife conflict.

Amleset has not seen her family since country-wide travel restrictions were imposed following the first case of coronavirus in Kenya in March.

“I risk my life to spare their life [wildlife],” says Amleset, who is on a regular 20km patrol to visit the local community, tracking and recording GPS coordinates of wildlife sightings, as well as threats like snares or any suspicious activity along the way.

The Covid-19 pandemic has decimated tourism revenues and left donor-funded wildlife conservation hanging in the balance. In neighbouring Tanzania, many rangers have lost their jobs as tourism has dwindled, putting more pressure on Team Lioness and other community rangers because they are forced to patrol larger areas. There are fears that fewer rangers could prompt a spike in poaching, threatening the delicate balance of the ecosystem and future tourism.

“For us now the job has increased,” says 20-year-old Sharon Nankinyi, speaking before the announcement of a phased reopening in Kenya. “The most difficult thing is dangerous animals. If you meet them in the bush, they can attack you. But we know that without wildlife, people will not survive, and without people, wildlife will not survive.

“One day … we had a buffalo attack. We believe in our community that a buffalo cannot see, but it can hear from a far distance. So, as we were walking and talking, we heard a buffalo and we ran back to the base. God took care of us, because the buffalo came after us and then turned around. We thank God for that.

“I miss making beads, slaughtering a goat, fetching water with my sister,” she adds, reflecting on the months she has spent away from home. The journey to become a female ranger has been hard enough.

“Before, women were not employed in this job because they said … ‘a woman cannot walk long distances in harsh climates’. But after we were employed … our community realised that we can make it … we can walk long distances, we can run – we usually go on a morning run and after that we compete with men. 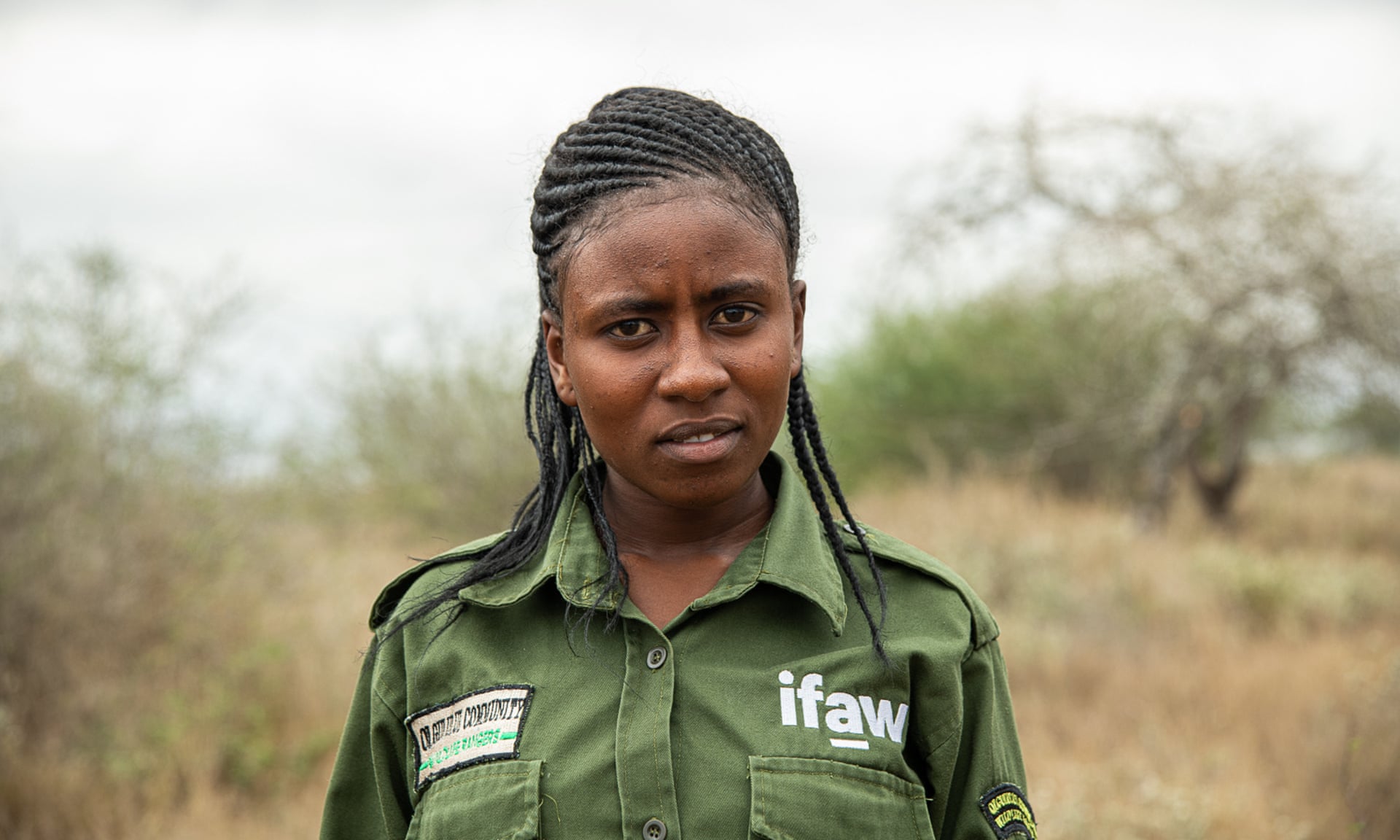 Before, us females were seen as a weak point … But now we have been recognised

Part of the ranger’s job is to relay information to the national Kenya Wildlife Service, and talk to the community to gather intelligence – though this activity has become more difficult during the pandemic.

Ruth Sikeita, a 27-year-old mother of two, says: “We are Maa ladies. They [the village women] are our mothers. So they give us information freely, without any fear.”

Before Covid-19, “where there are lions, or where there are hyenas that attack the boma [livestock enclosure] to kill the cattle, they will run for us and give us that information. But right now, we can’t meet with them unless they call us,” she adds.

Another challenge “is that people are sitting idle at home, because of the lack of jobs, so they might engage in poaching to get something to eat, they might sell bushmeat so they can have money to use for food or other basic needs,” says Sikeita.

Eunice Mantei, 20, says: “You know before, us females in our community we were seen as a weak point. In our society we are not recognised, our worth is just to give birth and take care of the children. But now we have been recognised.

“We are working in the same field like men … Our families depend on us, [whereas] before they used to depend on men solely. Now … I can use my salary to educate my younger brother … to give my mother good health and raise the standard of my family. That feeling of being recognised drives me to be a female ranger.”

This article was first published by The Guardian on 13 July 2020. Lead Image: Sharon Nankinyi, centre, on patrol with Purity Amleset, right, of the International Fund for Animal Welfare’s Team Lioness.