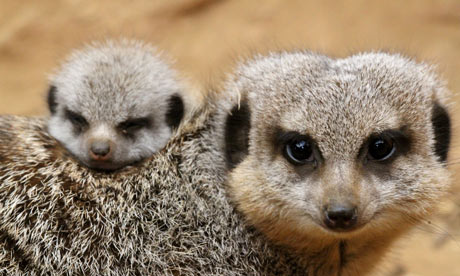 Thai police have arrested a pet shop owner after discovering 14 albino lions smuggled from Africa and hundreds of other protected animals in a warehouse near Bangkok. Birds, meerkats, tortoises, capuchin monkeys and other exotic species were found on the premises, Colonel Ek Ekasart of the local police department said.

Officers said Montri Boonprom-on, 41, faced charges of possessing wildlife and carcasses, a 40,000 baht ($1,300) fine and up to four years in jail.

Montri owns a pet shop in the heart of the renowned Chatuchak market and has previously been convicted of wildlife trading. He said the lions had been shipped legally and were to be transferred to a zoo in the north-east of the country, but he did not explain why there were only 14 lions at his warehouse, when documents showed he had imported 16.

Thailand is a hub of the international illegal market in protected animals. It is a member of a convention regulating the global trade in endangered species, but Thai law does not protect many foreign species.

Police also found a hornbill and a leopard, both protected by domestic law, packed in a box to be delivered to clients.

“We have been monitoring the location for a few days after the neighbours complained about the noise from the animals,” Ek said, referring to the raid in a residential area of Klong Sam Wa district. “If you looked through the gate, you could spot lions in the cage.”

The animals were confiscated and placed under the care of the department of wildlife and conservation.