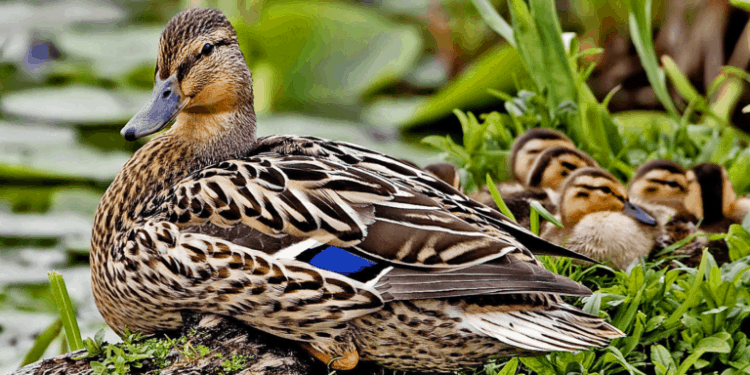 Before the Clean Water Act, our nation’s waters were in trouble. The average loss of wetlands in the United States was nearly half a million acres annually. Lake Erie was considered functionally dead, thanks to industrial pollution and farm run-off. Ohio’s Cuyahoga River caught on fire more than a dozen times in the century before the passage of the law.

In 1972, Republicans and Democrats came together to pass the Clean Water Act to protect our nation’s waters – from the smallest headwaters at the top of the watershed, to the mightiest rivers and largest lakes downstream – from pollution and destruction.

Today, this landmark law keeps 700 billion pounds of pollutants out of our waters annually, the rate of wetland loss has slowed dramatically, and the number of places that meet clean water goals nationwide has doubled. You can even eat fish from the Cuyahoga River. But there is still a long way to go.

Instead of doing more to protect communities and wildlife from unsafe drinking water, increased flooding, and toxic algae outbreaks, the Trump Administration has mounted an all-out assault on the law that protects our waters – the Clean Water Act. Wildlife from frogs to otters will suffer if we turn back the clock on clean water.

“No one wants to fish a lake covered in toxic algae, duck hunt in a bulldozed wetland, or pitch a tent next to a creek filled with feces,” saysCollin O’Mara, president and CEO of theNational Wildlife Federation. “Unfortunately, this Administration is working on multiple fronts to rewrite the rules that protect our waters, hoping no one will notice. The collective impact of these changes would be devastating for public health and wildlife across the country—and we will continue to fight to protect America’s waterways every step of the way.”

Stripping Protections from Streams and Wetlands:

Almost as soon as he assumed office, President Trump set in motion the most significant attempt to weaken the Clean Water Act since it became law. This Administration’s EPA has just officially repealed the Clean Water Rule, which clarified that Clean Water Act protections apply to wetlands and smaller streams – the roots of our larger rivers and lakes. These same waters are home to more than half of North American migratory waterfowl, serve as critical trout habitat, and provide drinking water for 117 million Americans.

Going a step beyond undoing the Clean Water Rule, the administration is currently working to finalize a new, much weaker rule that would remove protections from more than half of our nation’s wetlands and millions of miles of streams.

These changes would allow roughly half of our nation’s wetlands to be drained, filled or destroyed. Many of the streams that flow into drinking water sources would be vulnerable to pollution from oil spills, pipelines, or runoff from hog farms without so much as a federal fine.

Even though the Administration often claims they repealed the Clean Water Rule to protect states’ rights–they’re actually trying to restrict the most important way that states and tribes can protect their waters.

On August 8, EPA released a rule that would allow them to disregard state and tribal objections about the impact large federal projects like pipelines and dams would have on local waters.

Section 401 of the Clean Water Act grants states and tribes the ability to review federal projects and certify that these projects comply with state water quality standards.

Weakening the EPA’s Power to Stop the Most Damaging Projects:

Section 404c of the Clean Water Act gives the EPA the power to stop projects that could cause significant damage to the nation’s waters. Under this Administration, the EPA is writing a new official rule that would limit this power.

Although the EPA has only used this veto authority to stop just 13 out of more than two million projects, the Clean Water Act veto has saved more than 200,000 acres of wetlands and 36 miles of rivers and streams.

The Clean Water Act veto has protected fish nurseries and black duck habitat in the Chesapeake, blue crab and shrimp spawning grounds in South Carolina, a gold medal trout stream in Virginia, and habitat for endangered and threatened species in Florida and New Jersey.

Sewage in Our Rivers?

The EPA has also announced it is developing a rule to make it easier for sewage treatment facilities to routinely dump partially-treated sewage into our lakes, rivers, and streams. Discharging wastewater that doesn’t receive full treatment can kill fish and put public health at risk.

This is the cheapest — and least safe — solution to a complicated problem: even as many urban populations are growing, climate change is causing extreme rainfall. America’s aging infrastructure can’t keep up and raw sewage spills are becoming more frequent.

The solution, however, is not to make it easier for water utilities to “blend” partially-treated sewage, which contains bacteria, viruses, and other pathogens, with treated sewage and dump it in a river while hoping for the best. Instead of allowing more sewage into our waters, we should fix the problem head-on by investing in repairing America’s water infrastructure.

The EPA admits that little research has been done to determine exactly how unsafe this “blending” will be. Since many wastewater treatment facilities are located near low-income communities and communities of color, these communities will likely face the public health impacts the most.

In April, the EPA also announced in an “interpretive statement” that Clean Water Act protections would no longer apply to pollution or sewage discharged into underground wells or aquifers — even if it was certain the polluted discharge would quickly reach lakes and rivers used for drinking, fishing, and swimming. This would essentially allow polluters to get around Clean Water Act requirements that they obtain a permit before dumping pollution into our surface waters if they instead directly dump that pollution into our groundwater. If this interpretation stands up in court, expect America’s polluters to start digging a lot of wells.

We cannot afford to go back to the days where water caught fire. We need a strong federal Clean Water Act to protect our drinking water, wildlife, outdoor recreation, and way of life. The National Wildlife Federation is fighting all these changes in court and in the halls of Congress. Stand up for the Clean Water Act by telling Congress, the Administration, and your Governor that you oppose any attack on our clean water.

This article was first published by National Wildlife Federation on 12 September 2019.