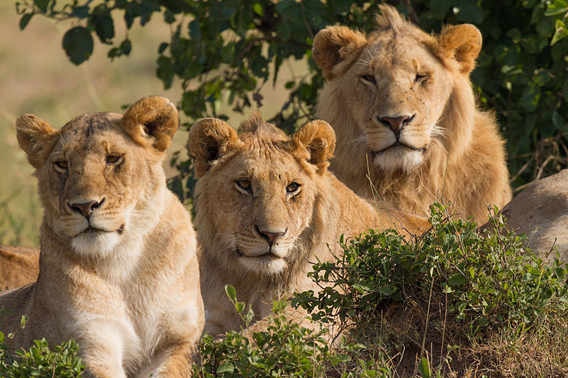 In order for dwindling lion populations to survive in Africa, large-scale fencing projects may be required according to new research in Ecology Letters. Recent estimates have put lion populations down to 15,000-35,000, a massive drop from a population that was thought to be around 100,000 in 1960. The worsening plight of lions have pushed the researchers to suggest what is likely to be a controversial proposal: fence the top predators in.

“These findings highlight the severity of the lion conservation crisis today and the limited choices we have to ensure a future for the species,” co-author Luke Hunter the head of the lion program at Panthera, said. “No one wants to resort to putting any more fences around Africa’s marvelous wild areas, but without massive and immediate increases in the commitment to lion conservation, we may have little choice.”

While habitat loss and prey decline has heavily impacted lion populations, lion-human conflict—with human populations rising steadily and lions dropping—has only exacerbated the already difficult situation. Lions are increasingly killed by spear, poison, or gun as they are viewed as pests that prey on local livestock; in addition lions can be incredibly dangerous to nearby humans. Attacks occur frequently with some evidence showing that lack of prey and human encroachment increases the chance of lion attacks on people.

“Lions are considered so dangerous in South Africa that they can only be re-introduced after management authorities erect lion-proof fencing and agree to recapture or destroy any escaping lions,” the scientists write noting that the controversial practice of fencing in lions has “prevent[ed] most potential conflicts between lions and humans in southern Africa, yet this strategy runs counter to a long-standing conservation ethic of keeping protected areas unfenced.”