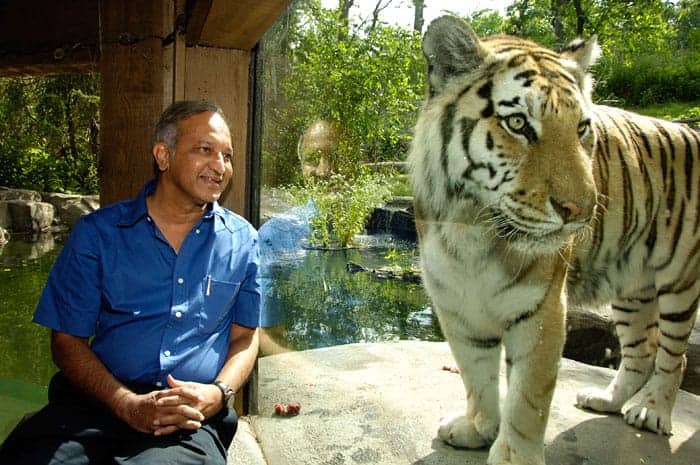 Across their remaining range in Asia, tiger populations are plummeting. In the past century, their numbers have gone from an estimated 100,000 to fewer than 3,500.

Smithsonian profiles WCS’s Dr. Ullas Karanth, Senior Scientist and WCS-India Country Director, as he endeavors to avert the species’ extinction. Karanth’s innovative work in one pocket of southwestern India, Nagarahole National Park, now draws an international array of biologists and government officials who are curious to learn from his conservation methods. Since he began monitoring the park’s tiger population in 1990, tiger numbers there have climbed from fewer than 10 individuals to more than 50, and to 250 in the surrounding forests. “If we do everything right, we can have 500,” he says.

Read full article, which was written by Phil McKenna and published by WCS and the Smithsonian magazine.