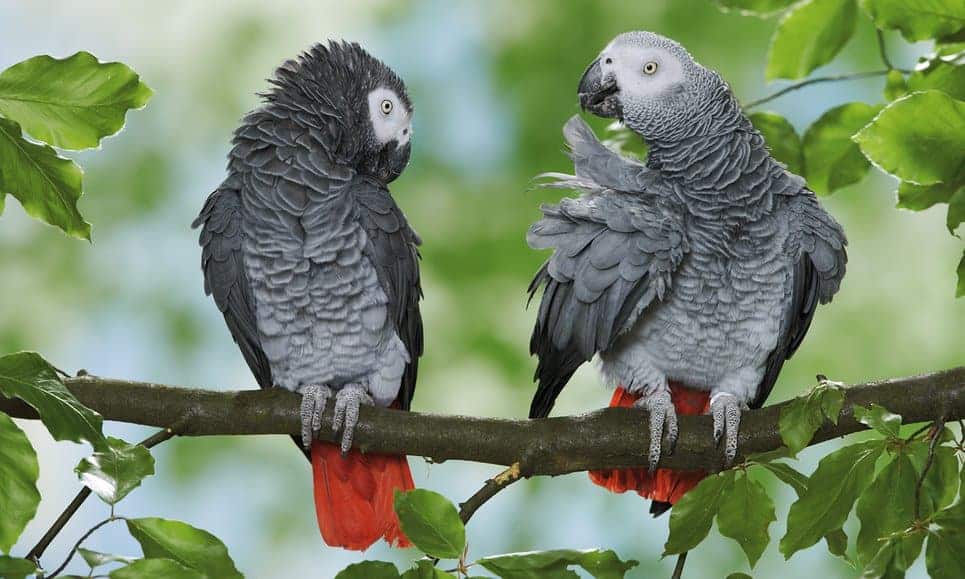 Perry, a five-year-old African grey parrot, is for sale on a well-known pet trade website for £750. She looks in good condition with her large black bill, red tail and white mask and her owner says she can whistle the tune of Flower of Scotland, does a passable imitation of R2D2 and is “very clever and funny”.

What Perry’s Scottish owner does not tell prospective buyers is that the African grey is close to extinction in the wild largely because of the international pet trade.

Although there have been restrictions on the export of these small and intelligent birds since 2009, dealers pay a pittance for tens of thousands of them to be trapped every year in the rainforests of west and central Africa and smuggled out.

It’s easy to catch them, say researchers from Birdlife, a global grouping of conservation groups. A team of hunters will use decoys or go to the birds’ water and mineral licks in the forests where flocks gather. They then throw nets over them and take dozens at a time.

Once caught they will be smuggled over borders, stuffed in tiny cages and flown illegally to Europe, South Africa, the Middle East and China, where they may fetch up to £1,000 each. All this makes the African grey probably the most highly traded bird in the world, causing their numbers to plummet from Nigeria to Cameroon, and from Ivory Coast to the Democratic Republic of the Congo. Some conservationists estimate only 1% of their historical numbers remain.

This week moves are afoot that could give hope to the African grey’s future. Nine African states, the European Union and others will ask world governments and EU at the triennial meeting of the Convention on International Trade in Endangered Species of Wild Fauna and Flora (Cites) in Johannesburg to give the highest international protection to the bird. But it is far from the only species whose future hangs in the balance and whose fate could be determined at this year’s meeting. The Cites convention, signed by more than 180 countries and the EU, is the best hope the world has of stemming the growth in the £150bn a year wildlife trade and of reversing catastrophic animal and plant losses.

This article was first published by The Guardian on 24 Sep 2016.