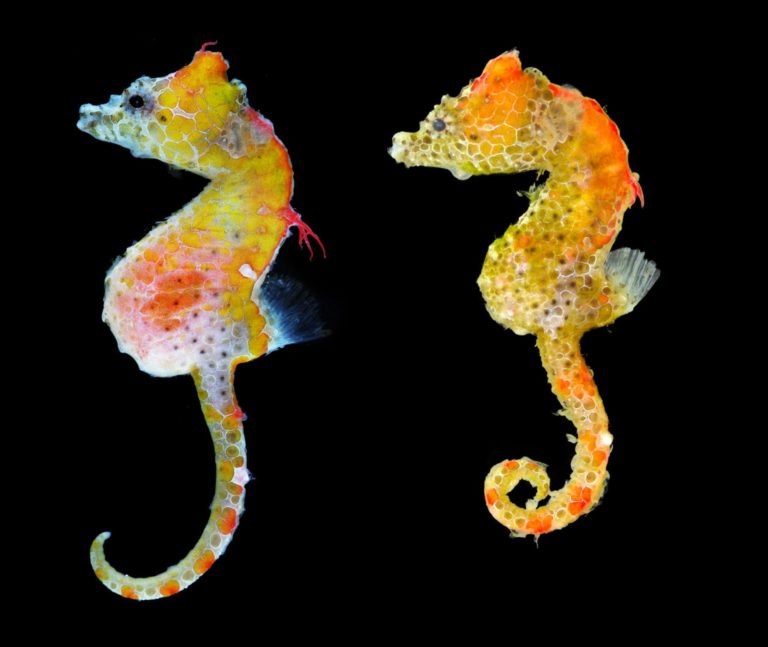 Researchers have just described a species of colorful pygmy seahorse that’s both adorable and very easy to miss. The newly described creature,occurring in the watersoff the coast of southeast Japan, is much smaller than the average fingernail and camouflages well against the corals and rocks it lives on, researchers report in a new study published in ZooKeys.

They have officially named the tiny seahorse Japan pig, orHippocampus japapigu, “because to the locals, it resembles a tiny baby pig,” Graham Short, lead author of the study and an ichthyologist at the California Academy of Sciences, told National Geographic. The Japan pig is now the fifth pygmy seahorse species to be recorded in Japan.

Despite its tiny size, this species has reportedly been spotted by Japanese scuba divers for many years in the waters off southeast Japan, including those around the island of Kashiwa, Kii Peninsula, Izu Peninsula, and the Ogasawara or Bonin islands, the authors write.

The Japan pig’s coloration has what the researchers call a paisley pattern that helps the animal camouflage against corals, algae and seaweed.

“Hippocampus japapiguis really hard to find since it is really small and blends into its environment so well,” Short told The Dodo. “The color pattern exhibited by the pygmy seahorse is the exact same color as the rocks and underwater plants it lives on.”

The researchers suspect that the Japan pig could have a wider distribution than is currently known, and that given time, scuba divers could observe them “even as far south as Taiwan where Bargibant’s seahorse (H. bargibanti), Coleman’s pygmy seahorse (H. colemani), and a species appearing to bePontoh’s pygmy seahorse (H. pontohi) have been observed by local scuba divers,” the authors write in the study.

This article was written by Shreya Dasgupta and first published by Mongabay.com om 17 Aug 2018.