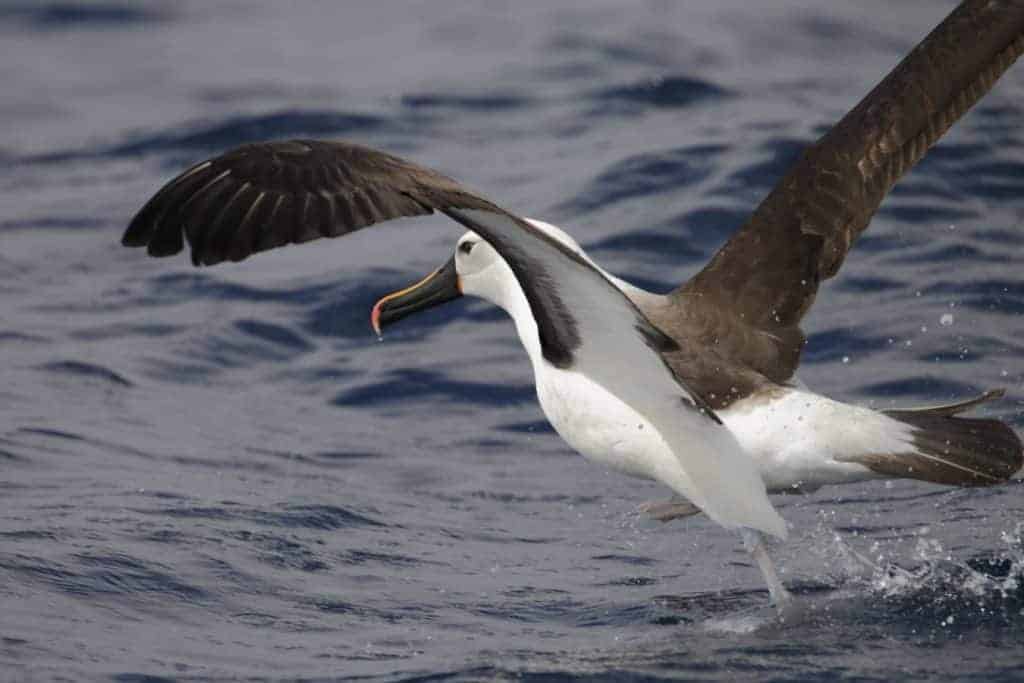 With his dreadlocks and smile, Clemens is the kind of charming guy you instantly get on with. A real ‘high-seas hero’ who coordinates the ATF in Namibia, where his work has led to the government recently passing regulations to stop seabird bycatch.

Spending weeks at sea, he has spent the last year befriending and convincing fishermen to help save seabirds, and seems to have charmed a bird as well…

Tell us about the situation in Namibia

Namibia was a very destructive fishery in terms of bycatch, with 30,000 seabirds a year killed. It’s really sad to see a drowned bird, especially the big ones because you know their long life cycle, that they might have chicks waiting for them on nests, and that it can be avoided by simple measures. It got a lot of attention of the ‘people upstairs’, if I can say it that way. The regulations have now been implemented so we’re hoping to reduce the numbers by 85-90%. Now when I go out on a trip on a longline vessel where they’ve taken up the measures I actually have no dead birds to record.

So some fishing vessels adopted the measures before the regulations were in place?

Yes, the Hake Association opted to do it voluntarily. It was at a time we were doing a lot of workshops, a lot of port visits and outreach in between fishermen docking and being very busy – we were quite annoying! [laughs] And we started going on the vessels and showing the fishermen and fishing managers how to use the bird scaring lines, how easy and cheap it is and that the measures aren’t going to interfere with their daily fishing practices. That’s when they said “Okay, come on, we’re going to do this.” It was a quite an achievement.

What do you do out on the fishing boats?

We go with the crew, we monitor, which includes recording bycatch data, up to 12 days at a time. They are always curious [laughs] when they see us sitting on top of the gantry counting birds, they ask: “There are so many behind the boat why do we need to protect them?” So I explain to them the situation, the life cycles of the birds, breeding, and they are amazed the albatrosses live for 60 years. I haven’t had a bad experience, they want to save the birds when they understand. On the vessels, I think the best way to build a relationship is when you don’t just talk about the work that you’re doing, but when you ask and try to understand their point of view. You tell them a story, they tell you a story and then later you just become friends, and that friendship brings the trust. You bump into them at a bar, we talk about English football quite a lot – they’re impressed I went to England so now I have stories to tell them!

What’s your most memorable story?

One of the funniest things that happened to me was when I was on the front of the vessel and the fishermen called me over to see some dolphins they’d spotted. I was just turning around when a Skua landed on my head! I thought it was going to poke my eye or something so I moved away and it flew, and then came straight back and landed on my head again! I guess it’s my hair… The captain was in tears laughing. They called me ‘Bird Man’ after that.

How was your first trip?

So, I go out on the vessel in the evening and the guys ask me if I get sick and I tell them “I don’t know, I think I’m fine with it…” When they started serving dinner, they fed me a lot of food because they knew what was coming… I held it for a good two hours but then was sick for two days straight. They laughed saying “How is the sea life?!” but they treated me well, coming to motivate me, give me water.

So you’re a seabird conservation instructor who gets seasick…?

It’s worth it. You forget about the days of seasickness. If someone tells you you’ve saved 30,000 birds, that is “wow” [laughs] – it’s quite an achievement. But I would also congratulate the Namibian government and the chief of fisheries for taking this issue so seriously and pushing the regulations. And sometimes the fishermen are really interested in the birds too, helping me take pictures and calling me up saying “Is this the Yellow-nosed Albatross”? (They were right).

This article was first published by BirdLife International on 15 Nov 2016.