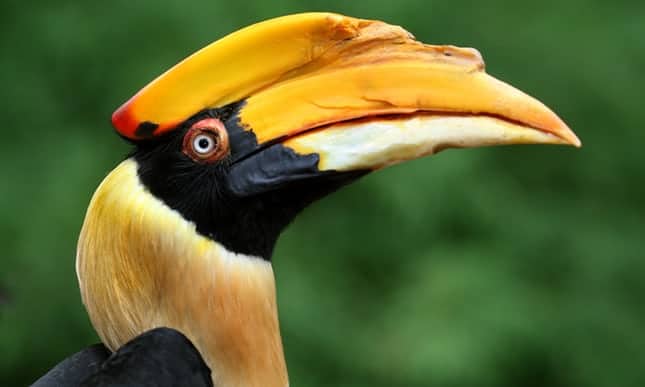 For most of my life, I didn’t pay attention to birds. Only in my 40s did I become a person whose heart lifts whenever he hears a grosbeak singing or a towhee calling, and who hurries out to see a golden plover that’s been reported in the neighbourhood, just because it’s a beautiful bird, with truly golden plumage, and has flown all the way from Alaska.

When someone asks me why birds are so important to me, all I can do is sigh and shake my head, as if I’ve been asked to explain why I love my brothers. And yet the question is a fair one: why do birds matter?

My answer might begin with the vast scale of the avian domain. If you could see every bird in the world, you’d see the whole world.

Things with feathers can be found in every corner of every ocean and in land habitats so bleak that they’re habitats for nothing else. Grey gulls raise their chicks in Chile’s Atacama desert, one of the driest places on Earth.

Emperor penguins incubate their eggs in Antarctica in winter. Goshawks nest in the Berlin cemetery where Marlene Dietrich is buried, sparrows in Manhattan traffic lights, swifts in sea caves, vultures on Himalayan cliffs, chaffinches in Chernobyl. The only forms of life more widely distributed than birds are microscopic.

To survive in so many different habitats, the world’s 10,000 or so bird species have evolved into a spectacular diversity of forms. They range in size from the ostrich, which can reach 2.7 metres (9ft) in height and is widespread in Africa, to the aptly named bee hummingbird, found only in Cuba. Their bills can be massive (pelicans, toucans), tiny (weebills) or as long as the rest of their body (sword-billed hummingbirds). Some birds – the painted bunting in Texas, Gould’s sunbird in South Asia, the rainbow lorikeet in Australia – are gaudier than any flower. Others come in one of the nearly infinite shades of brown that tax the vocabulary of avian taxonomists: rufous, fulvous, ferruginous, bran-coloured, foxy.

Birds are no less diverse behaviourally. Some are highly social, others anti. African queleas and flamingos gather in flocks of millions, and parakeets build whole parakeet cities out of sticks. Dippers walk alone and underwater, on the beds of mountain streams, and a wandering albatross may glide on its three-metre wingspan 500 miles away from any other albatrosses.

I’ve met friendly birds, like the New Zealand fantail that once followed me down a trail, and I’ve met mean ones, like the caracara in Chile that swooped down and tried to knock my head off when I stared at it too long. Roadrunners kill rattlesnakes for food by teaming up on them, one bird distracting the snake while another sneaks up behind it.

Bee-eaters eat bees. Leaftossers toss leaves. Thick-billed murres can dive underwater to a depth of 213 metres (700ft), peregrine falcons downward through the air at 240 miles an hour. A wren-like rushbird can spend its entire life beside one half-acre pond, while a cerulean warbler may migrate to Peru and then find its way back to the tree in New Jersey where it nested the year before.

Birds aren’t furry and cuddly, but in many respects they’re more similar to us than other mammals are. They build intricate homes and raise families in them. They take long winter vacations in warm places. Cockatoos are shrewd thinkers, solving puzzles that would challenge a chimpanzee, and crows like to play. (On days so windy that more practical birds stay grounded, I’ve seen crows launching themselves off hillsides and doing aerial somersaults, just for the fun of it, and I keep returning to the YouTube video of a crow in Russia sledding down a snowy roof on a plastic lid, flying back up with the lid in its beak, and sledding down again.)

And then there are the songs with which birds, like us, fill the world. Nightingales trill in the suburbs of Europe, thrushes in downtown Quito, hwameis in Chengdu. Chickadees have a complex language for communicating – not only to each other but to every bird in their neighbourhood – about how safe or unsafe they feel from predators. Some lyrebirds in eastern Australia sing a tune their ancestors may have learned from a settler’s flute nearly a century ago. If you shoot too many pictures of a lyrebird, it will add the sound of your camera to its repertoire.

But birds also do the thing we all wish we could do but can’t, except in dreams: they fly. Eagles effortlessly ride thermals; hummingbirds pause in mid-air; quail burst into flight heart-stoppingly. Taken all together, the flight paths of birds bind the planet together like 100bn filaments, tree to tree and continent to continent.

There was never a time when the world seemed large to them. After breeding, a European swift will stay aloft for nearly a year, flying to sub-Saharan Africa and back, eating and moulting and sleeping on the wing, without landing once. Young albatrosses spend as many as 10 years roving the open ocean before they first return to land to breed.

A bar-tailed godwit has been tracked flying nonstop from Alaska to New Zealand, 7,264 miles in nine days, while a ruby-throated hummingbird may burn up a third of its tiny body weight to cross the Gulf of Mexico. The red knot, a small shorebird species, makes annual round trips between Tierra del Fuego and the Canadian Arctic; one long-lived individual, named B95 for the tag on its leg, has flown more miles than separate the Earth and the moon.

There is, however, one critical ability that human beings have and birds do not: mastery of their environment. Birds can’t protect wetlands, can’t manage a fishery, can’t air-condition their nests. They have only the instincts and the physical abilities that evolution has bequeathed to them. These have served them well for a very long time, 150m years longer than human beings have been around.

But now human beings are changing the planet – its surface, its climate, its oceans – too quickly for birds to adapt to by evolving. Crows and gulls may thrive at our garbage dumps, blackbirds and cowbirds at our farms’ feedlots, robins and bulbuls in our city parks. But the future of most bird species depends on our commitment to preserving them. Are they valuable enough for us to make the effort?

Value, in the late Anthropocene, has come almost exclusively to mean economic value, utility to human beings. And certainly many wild birds are usefully edible. Some of them in turn eat noxious insects and rodents. Many others perform vital roles – pollinating plants, spreading seeds, serving as food for mammalian predators – in ecosystems whose continuing wildness has touristic or carbon-sequestering value.

You may also hear it argued that bird populations function, like the proverbial coal-mine canary, as important indicators of ecological health. But do we really need the absence of birds to tell us when a marsh is severely polluted, a forest slashed and burned, or a fishery destroyed? The sad fact is that wild birds, in themselves, will never pull their weight in the human economy. They want to eat our blueberries.

What bird populations do usefully indicate is the health of our ethical values. One reason that birds matter – ought to matter – is that they are our last, best connection to a natural world that is otherwise receding. They’re the most vivid and widespread representatives of the Earth as it was before people arrived on it.

They share descent with the largest animals ever to walk on land: the house finch outside your window is a tiny and beautifully adapted living dinosaur. A duck on your local pond looks and sounds very much like a duck 20m years ago, in the Miocene epoch, when birds ruled the planet. In an ever more artificial world, where featherless drones fill the air and Angry Birds can be simulated on our phones, we may see no reasonable need to cherish and support the former rulers of the natural realm.

But is economic calculation our highest standard? After Shakespeare’s King Lear steps down from the throne, he pleads with his elder two daughters to grant him some vestige of his former majesty. When the daughters reply that they don’t see the need for it, the old king bursts out: “O, reason not the need!” To consign birds to oblivion is to forget what we’re the children of.

A person who says, “It’s too bad about the birds, but human beings come first” is making one of two implicit claims. The person may mean that human beings are no better than any other animal – that our fundamentally selfish selves, which are motivated by selfish genes, will always do whatever it takes to replicate our genes and maximise our pleasure, the non-human world be damned.

This is the view of cynical realists, to whom a concern for other species is merely an annoying form of sentimentality. It’s a view that can’t be disproved, and it’s available to anyone who doesn’t mind admitting that he or she is hopelessly selfish. But “human beings come first” may also have the opposite meaning: that our species is uniquely worthy of monopolising the world’s resources because we are not like other animals, because we have consciousness and free will, the capacity to remember our pasts and shape our futures.

This opposing view can be found among both religious believers and secular humanists, and it too is neither provably true nor provably false. But it does raise the question: if we’re incomparably more worthy than other animals, shouldn’t our ability to discern right from wrong, and to knowingly sacrifice some small fraction of our convenience for a larger good, make us more susceptible to the claims of nature, rather than less? Doesn’t a unique ability carry with it a unique responsibility?

A few years ago in a forest in north-east India, I heard and then began to feel, in my chest, a deep rhythmic whooshing. It sounded meteorological, but it was the wingbeats of a pair of great hornbills flying in to land in a fruiting tree. They had massive yellow bills and hefty white thighs; they looked like a cross between a toucan and a giant panda. As they clambered around in the tree, placidly eating fruit, I found myself crying out with joy. It was the sheer gorgeous fact of the great hornbill, which couldn’t have cared less about me.

The radical otherness of birds is integral to their beauty and their value. They are always among us but never of us. Their indifference to us ought to serve as a chastening reminder that we’re not the measure of all things. The stories we tell about the past and imagine for the future are mental constructions that birds can do without.

Birds live squarely in the present. And at present, although our cats and our windows and our pesticides kill billions of them every year, and although some species have been lost for ever, their world is still very much alive. In every corner of the globe, in nests as small as walnuts or as large as haystacks, chicks are pecking through their shells and into the light.

This article was first published by The Guardian on 23 Mar 2018.