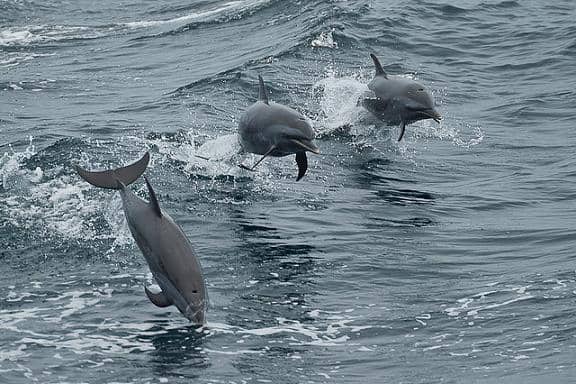 The dolphin drive hunt in Taiji, Japan has been at the center of animal activism for many years and now it has finally come to the center of science.

The dolphin drive in Taiji involves the corralling of dolphins into a cove for slaughter or to be removed and then sold to representatives from marine parks.

An estimated 22,000 small whales, dolphins, and porpoises are killed in these hunts each year.

Dr. Andy Butterworth of the University of Bristol and colleagues have published a paper in the Journal of Applied Animal Welfare Science analyzing the methods used by Taiji fishermen to kill the dolphins in the drive hunts. Through their analysis, the authors have revealed disturbing levels of physical trauma inflicted on the dolphins, and commented that these methods would not be acceptable under any international animal welfare standards.

The publication of this paper has raised awareness of the dolphin slaughter within the scientific community and has elevated the issue to a peer reviewed scientific journal, raising the profile of the travesty in Taiji. This added pressure from the scientific community, which validates the efforts of so many advocacy efforts, could be what is needed to convince the Japanese government to end these hunts for good.

This article was written by Sara Young and published by Oceana.org