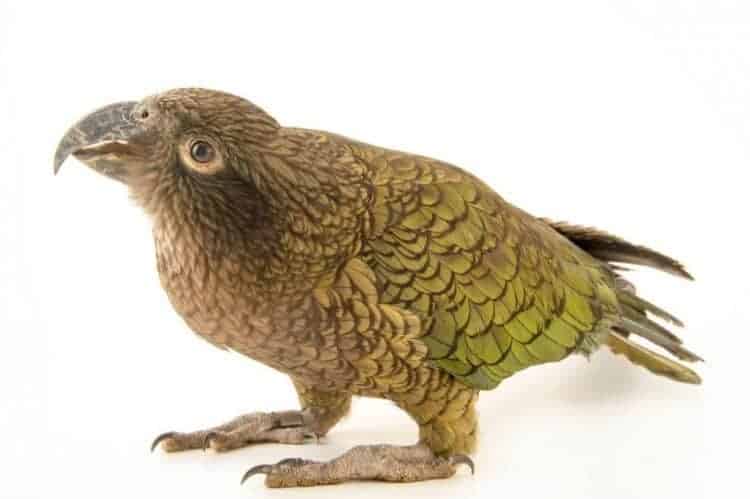 Forget the laughing kookaburra – kea are the birds that really tickle each other’s funny bones.

The highly intelligent parrot has a specific call, that – like human laughter – puts other parrots that hear it in a good mood. This makes the kea the first known non-mammal to show contagious emotion, joining the ranks of humans, rats, and chimpanzees.

Scientists already knew that kea – native to New Zealand’s mountainous South Island – make a non-threatening warbling sound while playing with other kea. But since the birds also warble alone, the noise could simply be an expression of pleasure.

To find out if kea use their play call to spread emotion among other kea, researchers led by Raoul Schwing, of the Messerli Research Institute in Austria, went to Arthur’s Pass National Park and broadcast recordings of several bird calls in the earshot of wild kea.

These included kea play calls, other kea calls, and a call of the South Island robin, another species in the area.

The team then observed how the wild kea reacted to each sound. The effect was clear: When kea of both sexes heard play calls, they exhibited more and longer play behavior than when they heard the other calls.

“In many instances, we saw that the kea were immediately animated to play, but not by joining ongoing play already happening,” Schwing says in an email.

“Instead, they spontaneously started to play with the bird next to them, or played solitarily in the air or with an object.”

This suggests that the play call does not “invite” kea to play, but rather puts them in a frisky frame of mind by affecting their emotions. For that reason, kea play calls can be compared with infectious laughter in people, according to the study, published March 20 in the journal Current Biology.

Kea play a lot—by themselves, with others, on the ground, or in the air.

While aloft, kea perform aerial acrobatics and chase each other. Playing with objects is usually solitary, with a bird manipulating an object with its beak and/or feet, but it can also involve birds tossing an object between each other.

The birds may also tussle, a “kea version of the wrestling one sees in cats,” according to Schwing. “Here, one kea might even present itself on its back to invite another to join.”

“Although it is important not to anthropomorphize animal behavior, it is very clear to anyone working or living with kea that they are intelligent, social, and take pleasure in playing with each other—much like we see in other cognizant species, including ourselves,” Tamsin Orr-Walker, co-founder and chair of the Kea Conservation Trust, says via email.

Orr-Walker notes the new study’s results are rigorous and thorough, and will “hopefully provide a better insight into the private lives and characters of these birds, [which] have for over a century been heavily persecuted.”

Due to human conflict and predation by introduced mammals, the species is now vulnerable to extinction, according to the International Union for Conservation of Nature.

“With greater understanding of the kea’s unique qualities and interactions,” Orr-Walker says, “we hope there will be a corresponding increase in empathy which ultimately will be what saves this species from extinction.”

This article was first published by National Geographic on 20 Mar 2017.