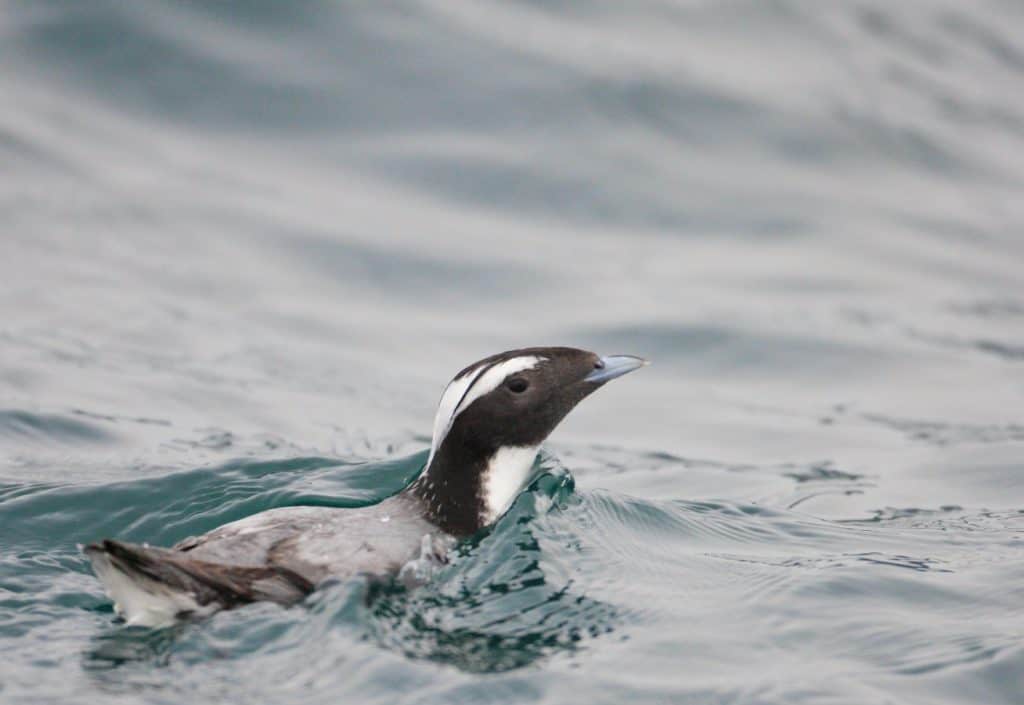 The Japanese Murrelet Synthliboramphus wumizusume is a small seabird with an equally small range to match; it can be found only in warm current waters close to Japan.

The birds’ breeding range is even smaller still, concentrated mainly on the ground of rock reefs or isolated islands from Kanto region and to the west, where they make their nests in the crack of rocks.

For the chicks, the stay on these uninhabited islands is a brief one; two days after hatching, the chick abandons the nest for the sea and is fed by its parents off the coast.

Little known about the species’ ecology because the bird lives at sea almost all year round. What we do know is that the population is decreasing rapidly, and as a result of these declines, the Japanese Murrelet has been designated as a Vulnerable species both by the Ministry of Environment of Japan, and by BirdLife International, who have assessed the species’ conservation status on behalf of the IUCN Red List.

The main causes of the decreasing numbers has been shown to be the deterioration of the breeding sites, disturbance by people, and predation of the adult birds and chicks and eggs by rats and crows. The latter threat is a result of human activity in the birds’ breeding range. When people came ashore, rats followed. When sport fishermen left baits and garbage behind, crows were attracted by the waste. In response to these declines, Wild Bird Society of Japan (BirdLife Partner) has been working for conservation of the Japanese Murrelet, with one of their main aims being designate a protected area of breeding sites and improve the environment of the sites.

Hironobu Tajiri, Ph.D, Manager, Preservation Project ,WBSJ said, “If we improve more artificial nests and standardize them, we could install them on islets where the bird population is decreasing or the bird can’t be seen. It could be possible to have breeding birds there again”.

This article was first published by BirdLife International on 23 Jan 2017.