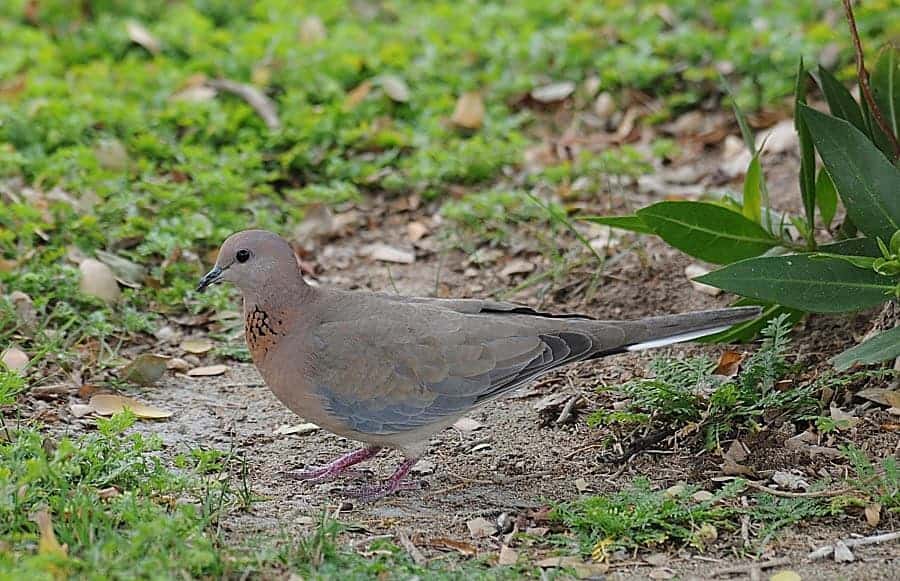 The whole of Saudi Arabia is under-watched bird wise, but the Eastern Province is particularly poorly represented with birders. This is mainly due to a lack of interest from the local population, with a few notable exceptions, and a restriction on foreigners travelling to Saudi Arabia unless they are working. Even if you are working in the country it is generally not possible to get a friend a visa, only immediate family. This lack of birders, however, does mean that it is possible to find good birds almost anywhere in the province and if you are birding somewhere you will not see any other birdwatcher. To my knowledge there are only about six birdwatchers in the province and they all live in Dhahran with the exception of one in Jubail. As a result this is where the majority of birds are found with the far north and south of the province not getting covered at all. I am certain if more active birders were present in the region more birds could be found and many scarce and rare birds are being missed every year. The status of many birds is changing in the region with new breeding records as well as species being added to the Eastern Province list each year. One good thing about the Eastern Province, form a birders perspective, is a good book on the status of birds in the province was published in 1989 (Birds of the Eastern Province of Saudi Arabia by Bundy et al). This combined with the fact that a number of excellent, and active, birders have bird-watched in the province over the years makes the list of species fairly well complete. An update to the book is now badly needed as some birds that were once vagrants are now common breeders such as Common Myna (Acridotheres tristis) and Laughing Dove (Spilopelia senegalensis).

Birding in the Eastern Province is daunting at times as it is the largest province of Saudi Arabia. It has an area of 710,000 km² (larger than all the individual states in the United States of America excepting Alaska) which is three times larger than the United Kingdom and has six birders to cover the area. An example of how good birds can be found in the area can be shown by what has happened so far this year. Out of the six birdwatchers which inhabit the Eastern Province only three are really active and these three birders have found all the good birds in the region this year which include: A single second calendar year (Russian) Greater White-fronted Goose Anser albifrons albifrons at Sabkhat Al Fasl on 17th & 18th February. This was the fourth record for the Eastern Province concerning 16 individuals most of which were immature birds, with this bird being the first to have a subspecies assigned to it. An immature Black Stork Ciconia nigra was seen flying over Dhahran Hills on 23rd May which was only the eighth record of the species for the province with a White Stork (Ciconia ciconia) at Sabkhat Al Fasl on 25th May being about the twentieth record for the province. An adult Black-winged Kite Elanus caeruleus vociferous was present in Dhahran from 30th March to 17th April which was the first record for the Eastern Province of this species. This bird appeared to be of the eastern sub-species Elanus caeruleus vociferous as it had very dark under-wing markings on the secondaries unlike the more western race Elanus caeruleus caeruleus. Two adult Armenian Gull Larus armenicus were at the Dammam – Al Khobar Wader Roost South on 10th February. The status of this species in the Eastern Province is uncertain but it is probably rare, with local birders regarding these two individuals as probably the first proven records for the province. An adult White-spectacled Bulbul Pycnonotus xanthopygos was at Sabkhat Al Fasl (Jubail) on 30th March, which was only the second record for the Eastern Province of Saudi Arabia.

The Eastern Provinces eastern boundary follows the Persian Gulf from Ras al Khafji to the peninsula of Qatar with the southern part of the province, which is more than half of the total provinces area, made up of the largely uninhabited Rub’ al Khali Desert, also known as the Empty Quarter. Saudi Arabia’s maritime claims include a twelve-nautical-mile territorial limit along its coast including many small islands beyond the twelve-nautical-mile limit which also fall under the Eastern Province.