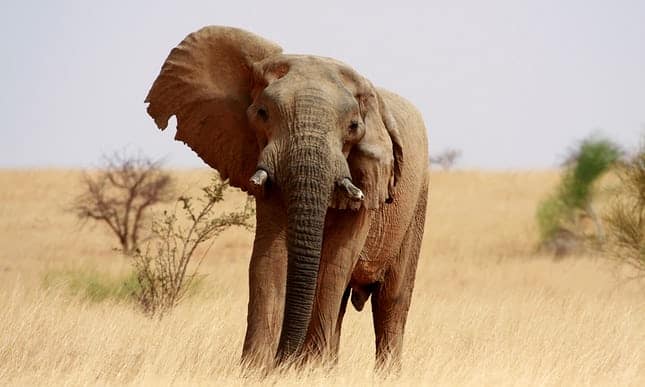 Three rangers have been killed in separate countries in a deadly month for wildlife defenders.

A ranger at Serra da Capivara national park, in Brazil’s north-eastern Piaui region, was killed by hunters on 18 August. Edilson Aparecido dos Santos and two other colleagues were patrolling the park when they were ambushed by a group of four armed men who are believed to have been hunting in the park illegally. Dos Santos was killed in the shootout that followed, while the other two rangers were injured.

Dos Santos was a contractor from the company Thor, working for the Chico Mendes Institute for Biodiversity Conservation (ICMBio). ICMBio said in a statement that “both ICMBio and Thor are taking steps to provide support to staff and their families, and are collaborating with police authorities to clarify the facts”.

In a separate incident in Mexico, Gabriel Ramos Olivera, a ranger at the Chacahua national park in Oaxaca, was shot and killed by suspected poachers. His body was found on the morning of 18 August. The 37-year-old biologist worked as a guard protecting the conservation area of the Chacahua lagoons, home to endangered leatherback turtles and crocodiles.

The same week in Mali, Corporal Souleyman Tangara of the country’s combined army/ranger anti-poaching brigade, died along with a UN peacekeeper at the hands of jihadists in Douentza on 14 August. Tangara’s brigade, tasked with protecting the country’s last desert elephants, were responding to a call to assist the United Nations whose base was under attack in what the UN has described as an act of terrorism. Two of the gunmen died in the violence. “This gives a clear picture of the hazards the brigade, trainers and indeed people of this area face on a day-to-day basis,” said Nigel Kuhn, combat tracking trainer at Chengeta Wildlife, an NGO based in Mali.

“The secretary general stresses that attacks targeting United Nations peacekeepers may constitute war crimes under international law,” a spokesperson for António Guterres said in a statement. The security council extended its condolences to the victims, and stated any terrorist acts are “criminal and unjustifiable”, irrespective of their motivation.

The Mali attack happened on the same day that three rangers were killed protecting Virunga national park in the Democratic Republic of the Congo, and just two days before renowned conservationist Wayne Lotter, 51, was murdered by an unknown gunman in Tanzania. It is believed the killer may have followed and targeted Lotter, a South African national who had been working in Tanzania for many years exposing countless wildlife poachers and traffickers.

“Wayne’s shocking murder was most likely intended to shut down and hinder theconservation cause he worked tirelessly for, and to scare off any who dare to follow in his footsteps. But what has become apparent since Wayne’s passing, is that the opposite is occurring, as Wayne would have done and wanted himself,” said Sean Willmore, founder and director of the The Thin Green Line Foundation and president of the International Ranger Federation, in a statement.

“The conservation community will not cower in silence. Today and each and every day, we will continue to defend that which we all know needs defending. In the face of incredible dangers and hardships, rangers will continue to lace up their boots and head out on patrol and stand resolute on the front line.”

This article was first published by The Guardian on 23 Aug 2017.