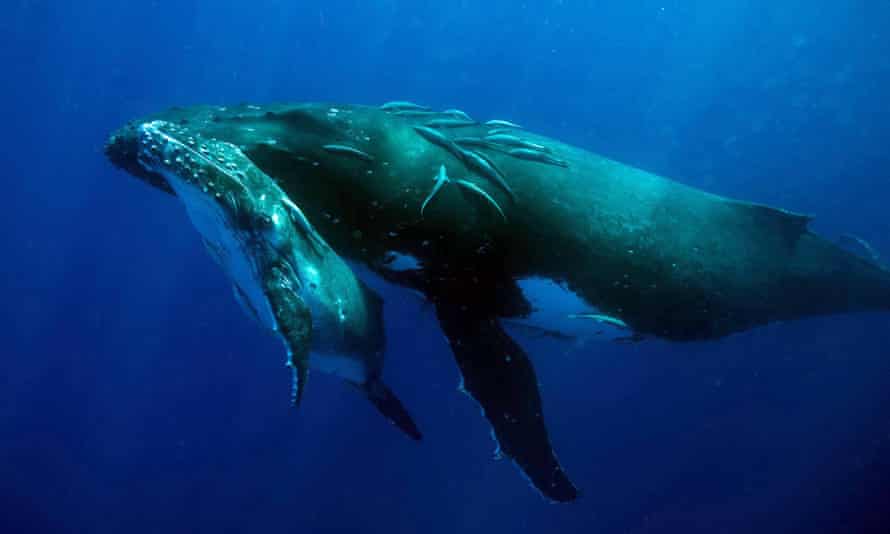 A woman snorkeling on Ningaloo Reef, on the north-west coast of Western Australia, has become the third person to be injured by a humpback whale there in less than a week.

The woman, Alicia Ramsay, 30, was flown to Royal Perth hospital with rib fractures on Thursday after being hit by the whale, which was swimming nearby with its calf.

Ramsay, who was on a snorkeling tour at the reef, told Nine News Perth: “The calf decided to come check us out and ended up being between us and the mum, so mum went into protective mode and swung back.

“As she did that to put herself between us and the calf, her fin came out and got me.”

On 1 August a woman was hit by the tail of a humpback whale while swimming with the giant mammals on a chartered snorkeling tour and suffered fractured ribs and internal bleeding. Another swimmer with the group was hit less seriously by one of the whales’ pectoral fins, which tore her hamstring.

Humpback whale swimming encounters in the Ningaloo marine park are expected to become a permanent licensed industry in 2021 at the completion of a five-year trial that is being monitored by the department.

A small group of tour operators have been authorised to offer the experience of swimming with humpback whales, which can grow up to 19m. Groups in the water are currently limited to nine at a time.

Regulations require swimmers to enter the water at least 75 metres away from a whale.

“DBCA is continuing to work with the industry and the relevant licensed tour operators to investigate the two incidents,” the department said.

This article was first published by The Guardian on 8 August 2020. Lead Image: Two women have been seriously injured, five days apart, while swimming on Ningaloo Reef on the north-west coastal region of Western Australia. Photograph: Bryan Austin/AAP.