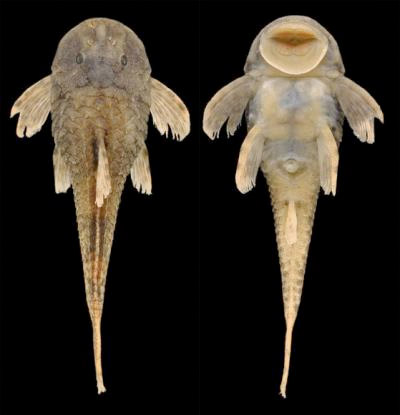 At 3 to 3.5 cm in length, Pareiorhina hyptiorhachis is on the small end of the spectrum for catfish, which range in size from 1 cm-long Aspredinidae and Trichomycteridae species to the monster Wels catfish (Silurus glanis), which can attain a length of 2.5 meters (8.2 feet) and weigh more than 100 kg (220 lbs), and the giant Mekong catfish (Pangasianodon gigas), which can exceed 3.2 meters (10.5 feet) and weigh up to nearly 300 kg (660 lbs).