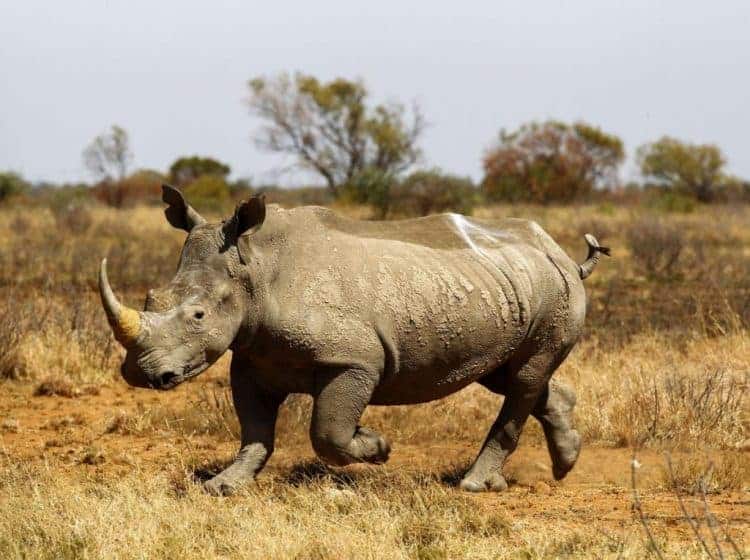 Hackers have infiltrated government websites, invaded corporate databases, and may have even helped to sway the results of the U.S. presidential election. Now researchers warn that cyber criminals might set their sights on another target: animal tracking data.

Scientists have long used radio signals to follow tagged animals, glean valuable insights into their behavior, and in some cases protect them from exploitation. In recent years advances in technology have made it possible to pinpoint a creature’s exact location using the steady pings from satellites.

Researchers in South Africa, for instance, have implanted GPS trackers in the horns of rhinos so that they can help save them from poachers who target the rare animals. The devices set off an alarm if an animal’s movements seem uncharacteristic and rapid.

But the very information collected to better safeguard animals could be misused by poachers, says Steven Cooke, a biology professor at Ottawa’s Carleton University who has tracked the location of fish for research projects.

“Being able to put on a map exactly where animals are in space in time, that’s what one needs to exploit them,” says Cooke, also the lead author of a recent paper published in the journal Conservation Biology.

It’s hard to quantify how often hackers have actually tried to access this type of information. The paper points to one example from 2013 in which a failed attempt was made to retrieve the location of an endangered Bengal tiger at the Panna Tiger Reserve in central India. The head of a tiger monitoring program, Krishnamurthy Ramesh, received an email that alerted him to an attempt to access his professional email account, which held the location of the rare cat. The incident prompted the program’s managers to deploy drones for surveillance and set up wireless sensors to detect human intrusions into the forest.

“The biggest concern is that we as a scientific community haven’t fully thought through the consequences of collecting this kind of data,” Cooke says.

Hacking is just one example of how people could abuse the system, according to the paper’s authors. They also fear that information voluntarily shared by scientists could be misused to kill animals and that non-researchers may use animals’ tags, the instruments that record their location, for their own benefit.

That happened last year, when park officials suspected that photographers visiting national parks in Canada were using VHF receivers to pick up radio signals to find collared bears, wolves, and elk. That incident, which first drew Cooke’s attention to abuses of wildlife tracking tools, prompted the park service to eventually ban the devices in three national parks. It cited the need to “prevent disturbance, harassment and habituation of wildlife.”

The authors point to another example of potential misuse, in Western Australia. The state’s Department of Fisheries granted researchers permission to tag white sharks to study their spatial ecology and act as a warning system to predict if sharks were swimming too close to beaches. The agency later authorized the killing of a tagged shark, saying it posed an “imminent threat” to beachgoers. Scientists claimed that the animal wasn’t a danger and that the agency used data about the shark’s location to locate the animal.

Cooke says he sees a tension between the need to protect sensitive information and scientists’ desire to be transparent in an era that values openness.

“We’re trying to get the public excited and share what we do, get them supportive of science and conservation,” he says. “And at the same time we’re giving a segment of that broader public the ability to do harm. Having a conversation about this is step number one.”

Matt Hayward, an ecologist at Bangor University in the U.K, says scientists should think twice about disclosing a rare animal’s location as soon as they know it—but that it’s probably okay if the information is shared later. “The animals don’t tend to year after year stay in the same area,” says Hayward, who has tracked lions in South Africa and wombats in Australia.

As for the prospect of hacking, “I hadn’t considered it before,” he says.

This article was first published by National Geographic on 10 Mar 2017.

It has been true for a while. Early in US wolf recovery, slips by individuals allowed antiwolf poachers to use cheap radio receivers and antennae to find and kill wolves, and since they live in family groups, finding one would doom more. A former USDA Wildlife Service collaring tech I knew of later resigned and formed a small quiet group that located and cut off radiocollars, but only a very few. The described hacking makes it yet easier for poachers, who increasingly gain $ because as a species becomes more rare, ignorant and monstrous humans crave the colored bits of… Read more »