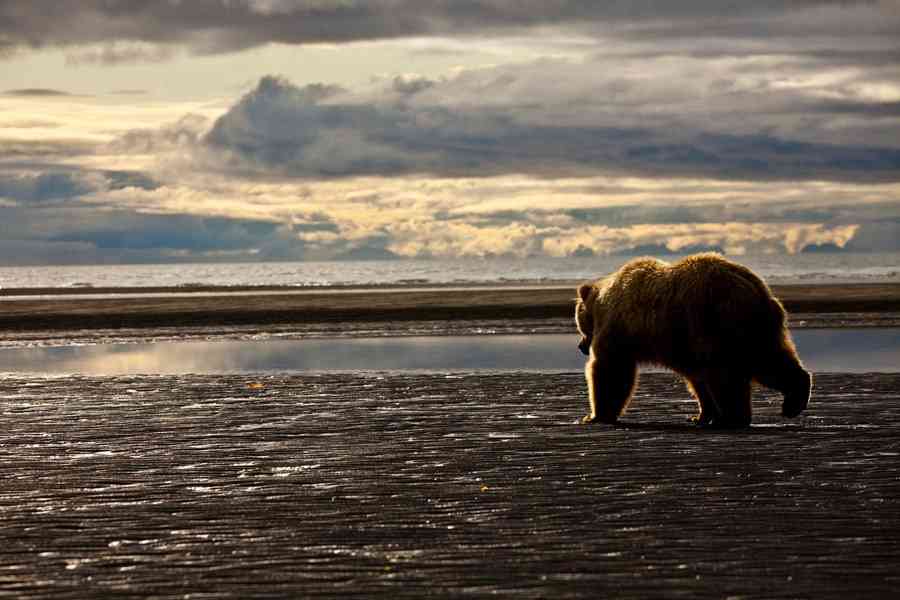 The Trump administration announced today that it will finalize new regulations that roll back protections against extreme methods of killing predators and other wildlife in Alaska national preserves.

National preserves are managed by the National Park Service (NPS) like national parks, except hunting and fishing are permitted.

Its policy would allow hunters to bait, trap and snare bears, and kill black bears and cubs and wolves and pups in their dens.

The proposed regulation would also remove the current prohibition against killing defenseless caribou from boats or shore as they swim across rivers in national preserves.

The NPS press release states that the final regulation “removes prohibitions adopted in 2015 on harvest practices, which are otherwise permitted by the state of Alaska.” It fails to mention that those practices include things like shooting bears and cubs, and wolves and pups, in their dens; snaring, trapping, netting and baiting bears; and using poison, smoke, and explosives to kill wildlife.

Jamie Rappaport Clark, president and CEO at Defenders of Wildlife, issued the following statement in response to this regulatory rollback:

“The Trump administration has shockingly reached a new low in its treatment of wildlife. Allowing the killing of bear cubs and wolf pups in their dens is barbaric and inhumane. The proposed regulations cast aside a primary purpose of national preserves to conserve wildlife and wild places.”

The state of Alaska adopted an intensive “predator control” law in 1994 designed to dramatically suppress wolves, bears and other native carnivores to artificially increase game populations. The state has since implemented aggressive predator management programs in areas across Alaska, which has included greatly liberalizing its sport hunting regulations statewide to reduce predator populations further.

The National Park Service promulgated regulations in 2015 that clarified that the state’s goal of reducing predators to boost prey populations was inconsistent with Park Service management obligations. Specifically, those federal regulations prohibited certain practices on national preserves, including bear baiting and snaring, shooting bears and cubs in dens, and shooting wolves and pups in dens.

In 2017, Congress passed a Congressional Review Act resolution rescinding the U.S. Fish and Wildlife Service’s similar regulation protecting iconic carnivores on national wildlife refuges in Alaska. The U.S. Department of the Interior subsequently directed the National Park Service to reconsider its regulations, particularly where they diverge from state law.

This article was first published by Defenders of Wildlife, an organization dedicated to the protection of all native animals and plants in their natural communities.