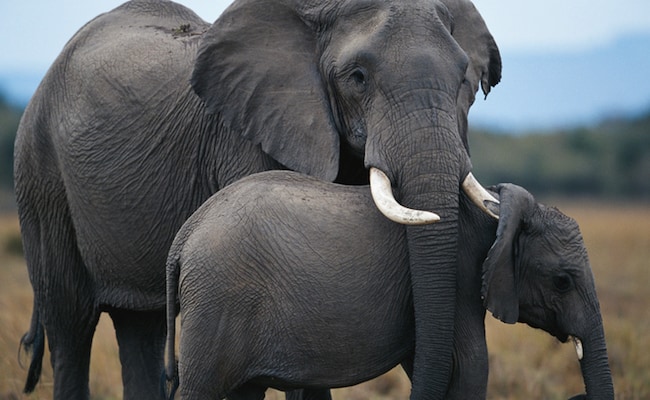 Late last year, the White House announced that it would get rid of a ban on elephant trophy imports, and immediately the American public became outraged that the Trump administration would allow such cruelty. A couple months later, President Donald Trump himself called that idea “terrible” and it looked like African elephants would get a reprieve after all.

Apparently, the Fish and Wildlife Service (FWS) isn’t taking orders from the president because it has announced again last week that it will be moving forward with rescinding the Obama-era ban on elephant trophies and allowing some carcasses into the United States.

Sign the petition urging Congress to intervene and block elephant trophies from being imported into the U.S.

Moving forward, FWS will “grant or deny permits to import a sport-hunted trophy on a case-by-case basis.”

Case-by-case? What kind of wonky policy is that? That sounds like a recipe for favoritism or a way to allow rich cronies of the administration to bring in their elephant heads. It’s no secret that most big game hunters are wildly wealthy – you’d have to be to drop over $10,000 to kill a giant mammal.

Supposedly, the FWS will be factoring in data furnished by the Endangered Species Act to determine how vulnerable a particular elephant species is to reach a decision on whether that elephant trophy can be imported.

Therein lies the problem – the elephant would already be dead. Surely, you’d do a much better job of deterring these hunts in the first place by banning the import outright. By developing a system where some elephants can be brought in, some hunters will inevitably shoot first and beg to keep the so-called trophy later.

The FWS is currently insisting that allowing big game hunts “will enhance the survival of the African elephant,” but that’s a controversial statement. Not just because it’s counterintuitive that killing vulnerable species would help save them, but the very notion that money raised through hunting expeditions gets applied toward conservation efforts doesn’t seem to actually be occurring.

Trump himself acknowledged that corrupt governments were misappropriating trophy hunt money. In January, Trump said the following of the trophy hunt rule change: “I thought it was terrible. That was done by a very high-level government person. As soon as I heard about it, I turned it around the same day.”

So how is it that the FWS has turned it back around again and is pressing forward on allowing an undetermined number of elephant trophy imports? Trump has not commented on the issue since the FWS’s latest action.

It sure looks like the president is not in control of his own subordinates – given Trump’s infamous ego, perhaps if animal activists reminded him how he’s being undermined, he’d recommit himself to seeing the existing rules left in place.

The other option is to encourage Congress to intervene with a law of its own. Blocking these trophy imports has overwhelming bipartisan support from the public, so theoretically it shouldn’t be difficult to come up with a bill that tackles this problem. Add your name to this petition encouraging Congressman Raul Grijalva to get the ball rolling on this legislation.