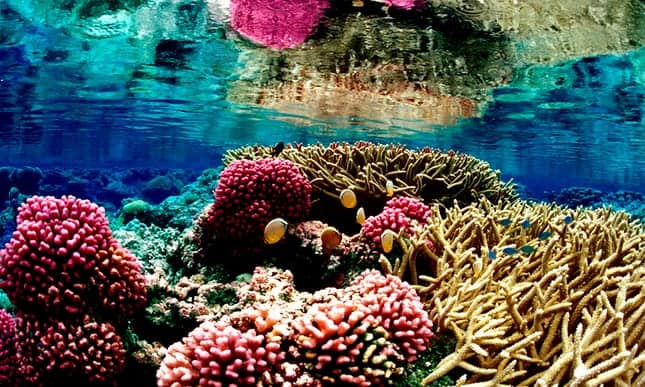 The Trump administration’s plan to shrink four land-based national monuments has provoked howls of anguish from environmental groups, Native American tribes and some businesses, such as the outdoors company Patagonia.

Accompanying changes to protected monuments in the oceans – vastly larger areas than their land-based counterparts – have received less attention, but could have major consequences for the livelihoods and ecosystems dependent upon the marine environment.

Ryan Zinke, the secretary of the interior, has recommended to Donald Trump that three sprawling marine monuments, one in the Atlantic and two in the Pacific, be either opened up to the commercial fishing industry or reduced in size, or both.

“These ‘blue parks’ harbor unique species, a wealth of biodiversity and special habitats,” said Jane Lubchenco, the administrator of the National Oceanic and Atmospheric Administration between 2009 and 2013.

“They are undersea treasures. I fervently hope that these incredible marine monuments will not be degraded by opening them up to extractive activities. There are plenty of other places in the ocean to fish.”

In 2009, George W Bush created the Pacific Remote Islands national monument around seven islands and atolls in the central Pacific. The monument, subsequently expanded by Barack Obama to become what was the largest marine protected area in the world, comprises “the last refugia for fish and wildlife species rapidly vanishing from the remainder of the planet”, according to the Fish & Wildlife Service, boasting creatures such as sea turtles, dolphins, whales, sharks and giant clams.

Zinke noted that the monument, which spans more than 490,500 sq miles, protects largely untouched coral reefs and marine species but also pushed out Hawaiian and American Samoan fishers who previously used long lines and huge scoop-like nets in the area. The interior secretary said the monument should be shrunk to an unspecified new shape and allow regional authorities to oversee commercial fishing in the monument.

Trump has been handed similar recommendations for Rose Atoll, a 10,000 sq mile ecosystem in the south Pacific that was protected in 2009, with Zinke adding there is “no explanation” as to why there can’t be commercial fishing in America’s only protected area of the Atlantic, the Northeast Canyons and Seamounts.

Combined, these marine monuments encompass an area more than three times the size of California – dwarfing the four terrestrial monuments set to be resized. But the land and sea monuments share common arguments over conservation, resource extraction and the role of the federal government to restrict certain activities in prized ecosystems.

In March, a coalition of New England fishing organizations sued the federal government over the Obama administration’s creation of the Northeast Canyons and Seamounts, an area of plunging rock formations that contain a wealth of cold water corals, located 130 miles off the coast of Cape Cod, Massachusetts.

The simple “stroke of President Obama’s pen” would put fishers out of work, said Beth Casoni, executive director of the Massachusetts Lobstermen’s Association. About 800,000lb of lobster are caught near the canyons each year. 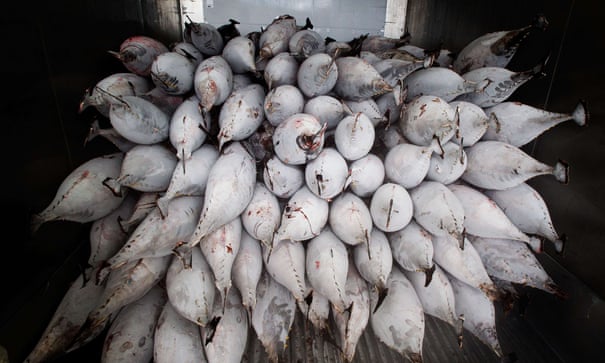 “The monument designation will have a negative rippling effect across the region as fishermen will have to search for new fishing grounds – only to find they are already being fished,” Casoni said.

The legal challenge, predicated on the claim that Obama exceeded his authority in naming the area a monument, was paused by the Trump administration’s review of national monuments declared since 1996. If Zinke’s recommendations are followed, commercial fishing could now be ushered back into the Northeast Canyons and Seamounts, beyond the two lobster and crab operators currently allowed in the area before a sunset clause bars them in six years’ time.

Conservation groups fret that commercial fishing would only be a precursor to further invasions, such as oil drilling or seabed mining. The Atlantic monument is considered particularly sensitive due to its dense forests of deep-sea corals and its role as a migratory route for the endangered North Atlantic right whale, which has experienced an alarming dip in numbers this year.

“This is a spectacular place that contains animals incredibly vulnerable to drilling, fishing, noise and pollution,” said Peter Baker, director of US oceans, north-east, at the Pew Charitable Trusts.

“It shouldn’t be too much to ask to protect 2% of the US’s exclusive economic zone off the Atlantic coast for future generations. Allowing commercial fishing there is really a distortion of why you would have a national monument in the first place.”

These monuments are like bank accounts; the fishing industry can live off the reproductive output

Baker said the New England Fisheries Management Council, which Zinke indicated should determine fishing restrictions in the monument, has a “horrible track record” of overfishing and conflicts of interest.

Janice Plante, spokeswoman for the council, rejected that claim.

“We work very hard to have sustainable fishing,” she said. “We had no position on the designation of the monument but we support [Zinke’s] recommendations because we would manage it the best. We have the expertise and the experience.”

In the Pacific, the equivalent industry body, Western Pacific Fishery Management Council, has sought greater access for sought-after stock, such as bigeye tuna.

Kitty Simonds, executive director of the council, said the review of national monuments “provides an opportunity for America to remember that it has the ability to protect marine ecosystems without closing more than half of the US Pacific island waters to fishing.”

But ecologists argue that a doubling in the amount of tuna caught off Hawaii since 2006 is evidence that protection of key breeding and foraging ecosystems has not hindered the industry.

“These monuments are like bank accounts, whereby the fishing industry can live off the interest, which is the reproductive output of the protected areas,” said Robert Richmond, a marine ecologist at the University of Hawaii.

“Invalidating this management is nothing short of irresponsible and flies in the face of best science. It’s a race to the bottom, for the short-term gain of the fishing industry but to their long-term cost.”

In US waters, comparatively well regulated compared with many other countries, more than a quarter of fish stocks are either overfished or severely depleted.

“The US is among only a few nations who have taken significant steps to protect the vibrancy of its ocean treasures through large, highly protected blue parks,” said Lubchenco.

“It is only recently that our technology has allowed us to mine, drill and fish virtually everywhere in the ocean. Creation of highly protected blue parks like these monuments is beginning to re-establish the all-important balance of places to be used and places to be treasured. We need both.”

This article was first published by The Guardian on 02 Jan 2018.