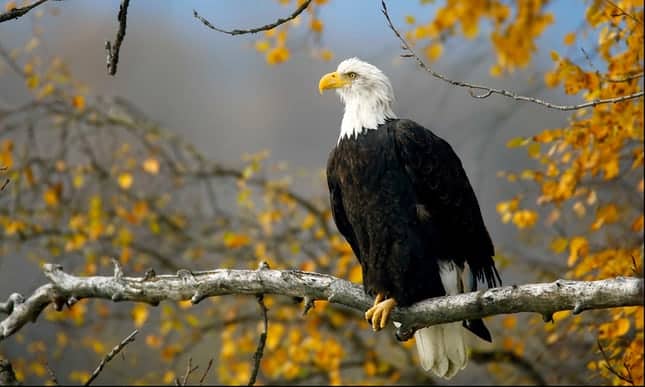 The Trump administration and its conservative allies in Congress have consistently touted their efforts to “free” the American economy by rolling back regulations. The vice-president, Mike Pence, has said that the administration will deregulate so aggressively that we should all “buckle up”. Pence must have forgotten that seatbelts were instituted as a safety regulation that has saved countless people from injury and death.

So far, the push for regulatory rollbacks has focused mainly on public health, safety and worker protections. (These vaunted rollbacks are still in progress – or held up in the courts – rather than accomplished.)

If anti-regulation politicians and lobbyists are successful, they will significantly reduce restrictions on air and water pollution, industrial waste, toxic chemicals, and hazards in the workplace.

But it’s not just public health or workplace safety at threat. Now in the crosshairs? America’s commitment to protect endangered animals. On 19 July, the Trump administration proposed a plan to significantly weaken multiple provisions of the Endangered Species Act – a landmark law that has brought beloved American animals like the bald eagle, bison, grizzly bear, sage grouse, alligator, gray wolf and humpback whale back from the brink of extinction.

The Endangered Species Act (ESA) has been in place for nearly half a century. Its goal, to protect species under particularly grave threat from habitat loss, climate change, overhunting or other challenges, is simple to state but very hard to accomplish. The act works by scientifically evaluating species to determine if they are in jeopardy, and, if so, instating “reasonable and prudent” measures to limit the causes of that jeopardy. While few species have been restored to a healthy status, 99% of species listed as endangered have been saved from extinction. That’s an impressive record.

Wolves, bears, sage grouse: these are animals of incredible beauty that enrich our ecological landscape. But other, less charismatic species, like burying beetles and freshwater mussels, are at risk too – all because their presence is inconvenient for some economic activities. Unfortunately, species are not just “nice to have”. They are part of living, breathing ecosystems. As the biologist Paul Ehrlich put it: “The first rule of intelligent tinkering is save all the parts.” We can’t sacrifice species for short-term financial profit. Profits go up and down and up again – but species, once extinct, don’t come back.

Although the ESA is extremely popular with the American public, it has long been a favorite bogeyman of special interest groups – especially the mining industry, oil and gas extractors, timber companies and ranchers. The reason is simple: in some cases, protecting species requires limiting activities that are putting those species at risk. If a native species is endangered, the government may place some areas on public and private lands off limits to exploitation, or require businesses to modify their operations. In the name of “freedom,” however, some conservative politicians and industry groups apparently believe businesses should have the right to extinguish the last living representative of a plant or animal species on earth if it makes short-term business sense.

If the overblown rhetoric of lobbyists and trade groups were to be believed, the US oil and gas industry has been brought to its knees by environmental regulations of totalitarian scope. They haven’t. But conservatives in Congress, echoing these talking points, love to claim that the ESA has been a failure and blocks economic development. The chairman of the House of Representatives natural resources committee, the Utah Republican Rob Bishop,has said he would “love to invalidate” the Act.

This administration and Congress want to change ESA rules so that political officials evaluate evidence, not scientists, and economic considerations are given greater weight in deciding whether to save a species.

To do so would be deeply misguided. The ESA is our last best chance to prevent the extinction of species of animals and plants that are part of our common heritage as Americans. Our government protects them on our behalf, and on our children and grandchildren’s behalf; they belong to all of us, not private industry.

This article was first published by The Guardian on 30 Jul 2018.