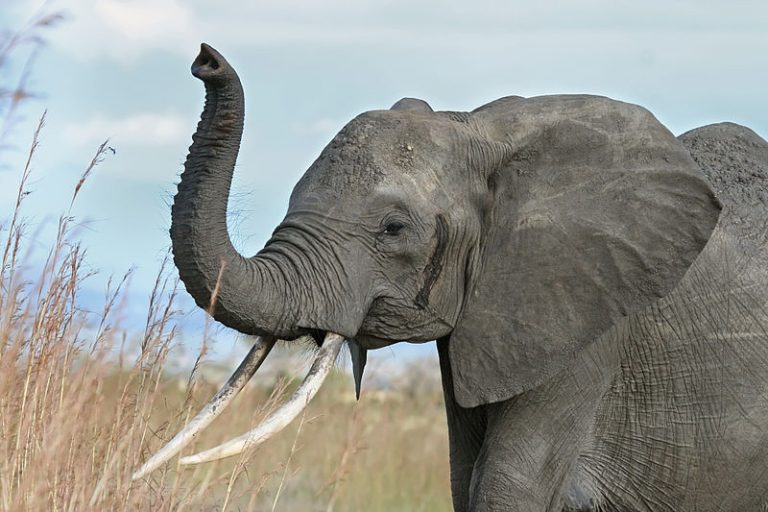 On December 22, a federal appeals court ruled that the US Fish and Wildlife Service (USFWS) did not properly follow procedures when it banned importing elephant “trophies” – including heads, tusks, or other parts – from Zimbabwe in 2014. While the ruling was aimed at an Obama Administration policy, its impact will likely influence how the Trump administration treats trophy hunting across Africa.

Trump’s USFWS made waves in November when it announced that it was overturning the Obama-era ban, and would allow imports of elephant trophies from Zambia and Zimbabwe, the latter which was undergoing a coup at the time.

Simultaneously, news broke that the administration had quietly okayed lion trophy hunting imports from Zambia and Zimbabwe as well.

However, both these decisions were made to reverse the Obama administration ban –a protocol which the U.S. Court of Appeals for the DC Circuit has now rejected on a procedural point. The judge wrote that the Obama decision was essentially “rule-making,” meaning it required notice to the public and an open comment period, something the USFWS did not do. The Trump Administration followed by also failing to include a public comment period.

“Thus these new findings [by the Trump Administration] are contrary to law,” Anna Frostic, Managing Attorney of Wildlife & Animal Research Litigation for The Humane Society of the U.S., explained. She added that the Trump administration’s recent reversal of the bans “have already been challenged in a case pending before the same federal district court judge who ruled on the 2014-2015 findings.”

The president muddies the waters

All of this leaves the U.S. government’s current policy on trophy hunting imports up in the air, especially given that the administration is still waiting a decision from the president himself on the matter. Two days after the USFWS announced its new policy allowing elephant trophy imports from Zambia and Zimbabwe, President Trump tweeted that he was putting the decision on hold.

“Big-game trophy decision will be announced next week but will be very hard pressed to change my mind that this horror show in any way helps conservation of Elephants or any other animal,” he tweeted.

However, no decision was forthcoming. Six weeks have now passed since Trump’s tweet and he has not announced a decision either way, leaving everyone in limbo

The Department of the Interior has said it will not allow trophies of elephants or lions from 2016 to 2018 to be imported. But Frostic said the department has not “formally rescinded” its November decision allowing imports.

“We remain concerned,” she noted, adding that “trophy hunting of elephants and lions undermines the conservation of those species and cannot lawfully be permitted under the Endangered Species Act.”

Arguing a point of law

In order for American trophy hunters to bring their quarries home, the government must find that the hunting “enhances” conservation under current U.S. laws.

Proponents argue that trophy hunting brings in vital conservation revenue, especially in remote areas rarely visited by non-hunting tourists and where land might otherwise be converted to agriculture or overrun by cattle. Without trophy hunting, they say, significant chunks of unconserved lands across Africa could be lost.

However, critics contend that trophy hunting is a bloodsport that has long outlived its usefulness – if it ever had any. In an age where savannah elephant populations have plunged by 30 percent in just seven years, where forest elephant numbers have fallen by 62 percent in ten years, and lion populations have dropped by 43 percent in the last 21 years, trophy hunting is now seen by conservationists as just one more high card in a deck already stacked heavily against Africa’s megafauna.

Many conservationists argue that corruption and lax governance in many African nations means that little money gleaned from trophy hunters ever reaches the parks, rangers, local communities, or the animals needing protection.

Still, conservationists remain split on the efficacy of trophy hunting in providing funding and land for species. Even though many scientists and activists –including Jane Goodall – have become increasingly outspoken against the practice.

“There is ample scientific evidence showing that lions, leopards, and elephants in particular are highly imperiled and cannot sustain the loss of individuals to recreational hunting… Thus, it is highly concerning that American trophy hunters are fighting to minimize the federal government’s scrutiny of their efforts to slaughter thousands of animals in danger of extinction every year,” said Frostic.

While the DC federal appeals court found that the Obama Administration did not follow correct protocols in 2014, it also affirmed that the past administration’s decision –i.e. blocking elephant parts from Zimbabawe – was warranted by the evidence.

So it remains to be seen how all of this legal wrangling will pan out in 2018. But for now, U.S. trophy hunters can import lion trophies from South Africa, Zambia and Zimbabwe (according to the most recent information on the USFWS website) and elephant trophies from Namibia and South Africa. Elephant trophy hunting imports from Zimbabwe and Zambia remain unsettled until the Trump administration clarifies its decision on that policy.

“We are reviewing the decision,” Gavin Shire, Chief of Public Affairs with the USFWS, said in response to the DC district appeals court ruling.

Meanwhile, lawsuits against the Trump administration’s USFWS trophy hunting import changes are already moving ahead through the courts.

This article written by Jeremy Hance was first published on Mongabay.com on 02 Jan 2018.