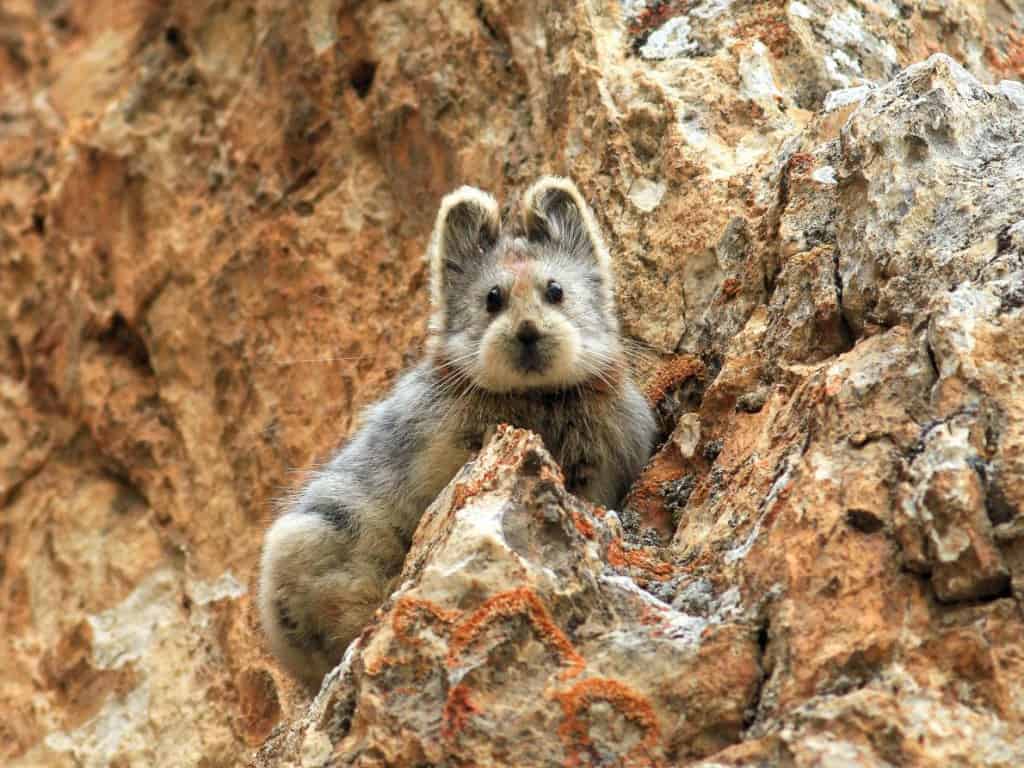 You could call it one of the world’s longest games of hide and seek.

For more than 20 years, the Ili pika (Ochotona iliensis), a type of tiny, mountain-dwelling mammal with a teddy bear face, had eluded scientists in the Tianshan Mountains (map) of northwestern China.

People have seen the furry critter only a handful of times since it was discovered by accident in 1983.

In fact, people have spotted only 29 live individuals, and little is known about the animal’s ecology and behavior. (Also see “Newly Discovered Carnivore Looks Like Teddy Bear.”)

Then, in summer 2014, researchers rediscovered the pika.

Weidong Li, the species’ original discoverer and a scientist at the Xinjiang Institute for Ecology and Geography, had gathered a group of volunteers in the Tianshan Mountains for some pika searching. At noon one day, as they were setting up camera traps, the team spotted their prize.

A curious pika emerged from a gap in the cliff face, and Li snapped a few photos (including the one above).

“They found it hiding behind a rock, and they realized they had found the pika. They were very excited,” said Tatsuya Shin, a naturalist in China who works with the pika’s discoverers.

In 1983, the Chinese government sent Li to the mountainous Xinjiang Province to study natural resources and infectious diseases. As Li explored a valley by Jilimalale Mountain, he saw a small, gray head sticking out from a crack in the rock. As he edged closer, Li got a look at its whole body.

The animal was about 8 inches (20 centimeters) long, with large ears and several small brown spots in its gray fur. Li wasn’t familiar with the species, nor were nearby herdsmen. Li caught a specimen and sent it to a scientist at the Chinese Academy of Sciences, who said he believed the pika was a new species.

Although Li couldn’t find any more pikas on a second trip to the area in December 1983, a third trip in 1985 was more successful, and the additional specimens allowed academy researchers to confirm that the Ili pika was new to science.

Tiny and in Trouble

Like other species of pika found in North America, the Ili pika lives at high elevations—between 9,200 and 13,450 feet (2,800 to 4,100 meters)—and subsists mainly on grasses, herbs, and other mountain plants.

Like other high-dwelling creatures, the pika is sensitive to changes in its environment. A 1990s estimate put its population at about 2,000 individuals, and it’s believed to be decreasing in number, according to the International Union for Conservation of Nature.

Grazing pressure from livestock and air pollution have likely contributed to the decline in the Ili pika, which IUCN lists as vulnerable to extinction. China considers the species endangered. (Related: “Tiny, Rabbit-Like Animals Eating ‘Paper’ to Survive Global Warming.”)

Even so, there are no concerted efforts under way to help the Ili pika. Li said he hopes to change that, and use the rediscovery of the animal to create conservation areas for the species.

How could anyone turn down a face like that?

This article was first published by National Geographic on 19 Mar 2015.