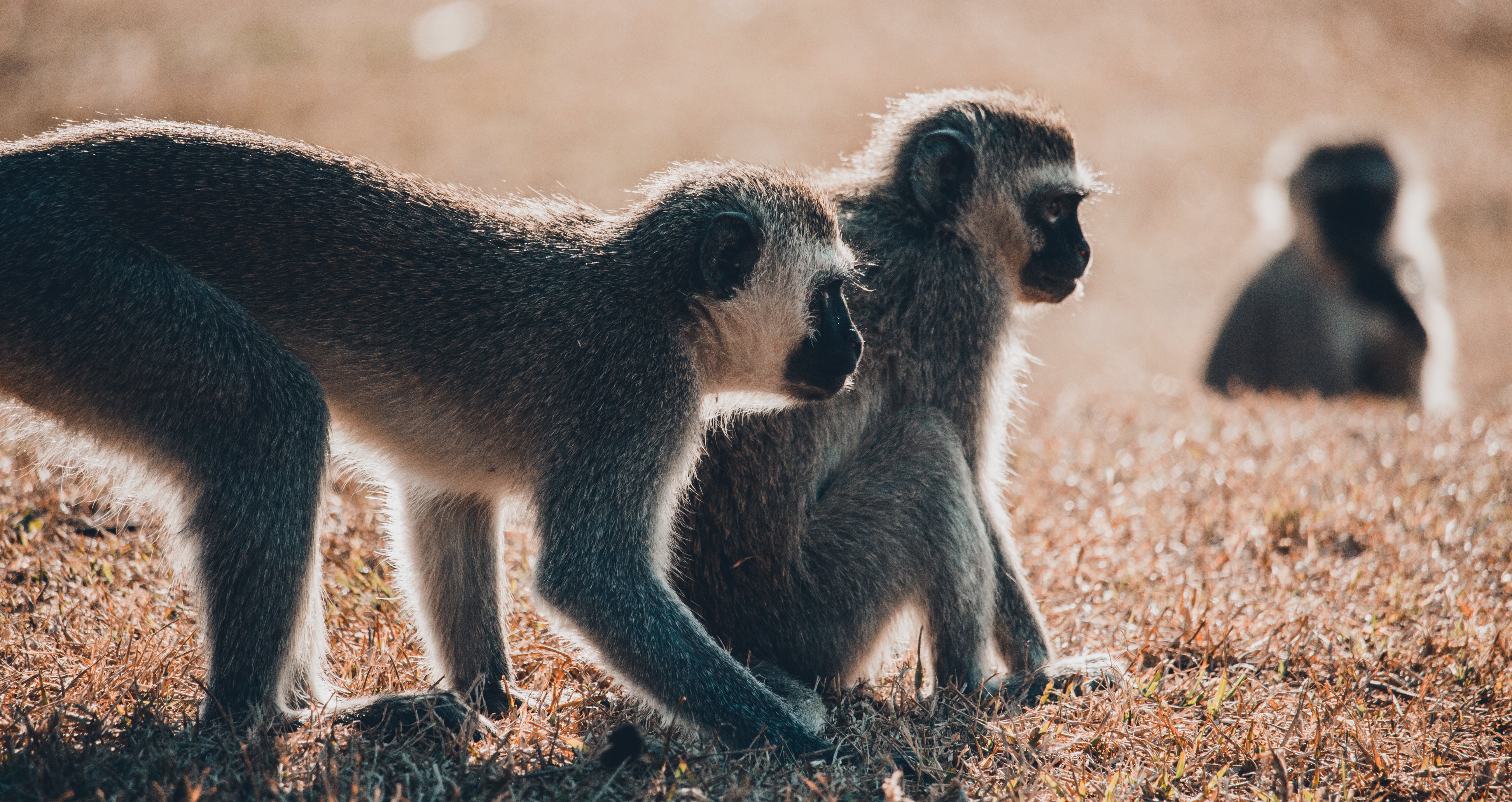 As countries around the world experience rapid urbanization, many animal species have been forced to adapt to the encroachment of humans into their habitats. For species like the vervet monkey, this adaptation sometimes leads to conflict with humans.

Vervets (Chlorocebus pygerythrus)are small, gray-haired monkeys with black faces native to Africa. Their population is considered stable, according to the IUCN. In South Africa’s KwaZulu-Natal province, vervet monkeys have lost their original habitat not just to a rapidly expanding city, but to timber and sugarcane plantations.

“In urban areas, perhaps with the first developments, [vervet monkeys] might have been pushed out [of cities],” says Colleen T. Downs, research chair at the National Research Foundation in South Africa.

The situation has since changed, though, as the monkeys have found access to food waste and fruit trees in people’s gardens.

Now, with an abundance of food for vervets in provinces like KwaZulu-Natal, researchers are interested in studying how vervet populations are affected by this change in habitat. In the first stages of their research, they monitored four monkey troops in Ballito, a coastal city in the province.

They found that the number of monkeys in each group stayed roughly the same, despite females giving birth almost annually. The population was controlled by monkeys becoming prey or being killed in road accidents.

Through the research, experts hope to reduce human-wildlife conflict. They want to educate communities about the benefits of wildlife in urban spaces, and help communities understand how to live in harmony with wildlife.

“The big thing is to try and stop people feeding [the vervet monkeys],” Downs says. “And [vervets] getting access to anthropogenic refuse or waste food.”

Researchers also hope to continue learning about how vervets fare in cities.

“If we can put a transmitter on one or two animals in the troop, we can then track where they go and monitor them over time,” Downs says. “Because then we can inform management decisions.”

This article by Manon was first published on Mongabay.com on 9 December 2019.