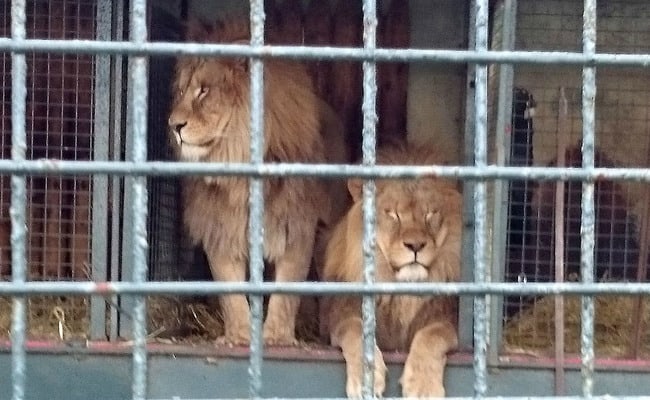 In another major victory for animals used in entertainment, England has pledged to ban the use of wild animals in circuses.

Such a ban was first promised by the government back in 2006, but no action was taken. Since then, numerous examples of animal abuse and suffering have come to light, but despite growing public opposition, efforts to pass a ban have been continuously thwarted by just a few lawmakers. Now, following years of campaigning the end maybe in sight.

The announcement was made in a review of current welfare regulations that have been in place for the past five years, which are set to expire in January 2020.

The report released by the Department for Environment, Food and Rural Affairs (Defra) states, “The Government does not intend to renew the Regulations as it intends to ensure that a legislative ban is introduced by then. The Regulations will then be allowed to expire.”

“Having campaigned to stop circus suffering around the world for over 20 years, we’re delighted that a ban is finally imminent. Circuses cannot meet the needs of animals in small, mobile accommodation and ADI has repeatedly documented suffering and abuse. We congratulate the UK Government on consigning this outdated act to the past where it belongs,” said Jan Creamer, President of Animal Defenders International (ADI).

According to ADI, opinion polls have consistently shown that people in the UK are overwhelmingly opposed to using animals in circuses, and they’ve gotten support from people all over the world. More than 263,500 people signed a Care2 petition urging Prime Minister Theresa May to make good on the promise to ban animal circuses for good.

This support for a ban is no surprise considering the cruelty that has been brought to light by investigations, ranging from the heartbreaking case of Anne the elephant who was violently abused, to the extreme confinement of lions and tigers, overcrowding of other animals, and blatant abuse by workers.

Thankfully, as ADI also noted, attitudes and awareness about the cruelty and other problems associated with using wild animals in circuses has caused the industry to plummet. Now there are only two circuses left using wild animal performers in England, including Circus Mondao and Peter Jolly’s Circus.

With similar bans having been recently passed in Ireland and Scotland, and one under consideration in Wales, the entire UK is now one step closer to being free of this kind of cruelty and exploitation.

More than 40 countries have stepped up to stop circus suffering, and animal advocates are continuing to work towards that goal in nations that have yet to act. In the U.S., animal advocates are urging Congress to pass the Traveling Exotic Animal and Public Safety Protection Act (TEAPSPA) which would end the use of wild and exotic animals in traveling circuses once and for all.

While numerous cities and states have taken action to protect animals, supporters of this bill argue that the issue needs to be addressed on a federal level because the mobile nature of circuses makes it difficult for law enforcement and inspectors to follow up on violations of the Animal Welfare Act. This leaves officials virtually incapable of doing anything meaningful to ensure the well-being of animals, or the safety of the public.

You can show your support by signing and sharing the petition urging Congress to pass TEAPSPA.

For more on how to help animals in circuses around the world, check out Stop Circus Suffering.