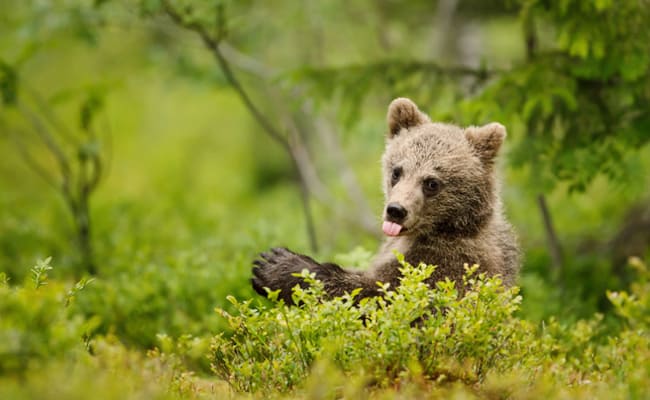 Conservationists are celebrating a huge win for Yellowstone National Park’s grizzly bears with a federal court ruling that just restored their endangered species protection, which effectively shuts down the possibility that they’ll be killed for thrills by trophy hunters.

There were once estimated to be 50,000 grizzly bears roaming across the U.S. but bounty programs left them vulnerable to being shot, poisoned and trapped and they were nearly wiped out by the 1930s.

In 1975 grizzlies living in the lower 48 were protected under the Endangered Species Act (ESA), yet today they still occupy less than two percent of their historic range. At the time, there were only believed to be as many as 312 individuals living in the Greater Yellowstone Ecosystem, which covers areas of Wyoming, Montana and Idaho.

While that protection has helped their numbers grow, and their presence has drawn millions of people who want to see them in the wild, they still face a number of threats ranging from a loss of whitebark pine trees, which provide a critical food source for them before they hibernate, to genetic isolation and conflicts with humans.

Last year, the U.S. Fish and Wildlife Service (FWS) estimated that their population had declined from 757 in 2014 to 695 in 2016, yet it still announced that they were recovered and would be stripped of federal protection.

The news sparked public outrage and raised serious concerns that delisting them and turning management over to Montana, Wyoming and Idaho, which were pushing to allow them to be hunted again would only hurt their chance for survival even more.

Unfortunately, despite public outcry, the agency moved forward and Yellowstone’s grizzlies lost federal protection. Worse was that on September 1, Idaho and Wyoming were ready and waiting to open grizzly trophy hunting seasons, which would have put 22 bears at risk if they wandered outside of park boundaries.

Fortunately, these bears aren’t without advocates. The government faced five separate lawsuits over the delisting that were filed by tribal and conservation organizations ultimately seeking to restore protection.

Now, those who went to battle for these bears are celebrating a major win. A temporary restraining order, which was extended, stopped planned hunts from happening earlier this month, and this week, U.S. District Court Judge Dana Christensen finally ruled against the Trump administration and restored endangered species protection to grizzlies.

“The importance of today’s ruling cannot be overstated: the very bears essential to achieve connectivity between still-struggling isolated grizzly populations would have died at the hands of trophy hunters. Now, not only do the Yellowstone region’s bears have a fighting chance, so too do grizzlies across the lower 48,” said Bethany Cotton, wildlife program director for WildEarth Guardians. “We are gratified the court saw the numerous flaws in the Service’s decision, and stepped in to stop a cascade of events that would have put this already struggling icon of the West closer to extinction.”

The court called most of the FWS’ justifications for delisting illogical, and ruled that the move was premature, didn’t rely on the best available science, and didn’t take into account the impact killing grizzlies outside of Yellowstone and Grand Teton National Parks would have on other populations in the lower 48.

“So many people poured their hearts and souls into saving these grizzly bears and in the end justice prevailed,” said Matthew Bishop, an attorney with the Western Environmental Law Center. “Politics has no place in removing species from protective status – decisions must be driven by the best available science and here, the science says grizzly bears remain threatened in the lower 48 and in the Yellowstone region. Today’s decision is a firm reminder to the Fish and Wildlife Service of its duty.”

Hopefully the FWS will come back with a better plan that will protect grizzlies from the ongoing threats they face, help connect populations with each other, and ensure a future where they remain part of the landscape.

Yay, now they can kill more hikers, hunters, livestock and other wild life!

The sweet sounds of sanity and compassion