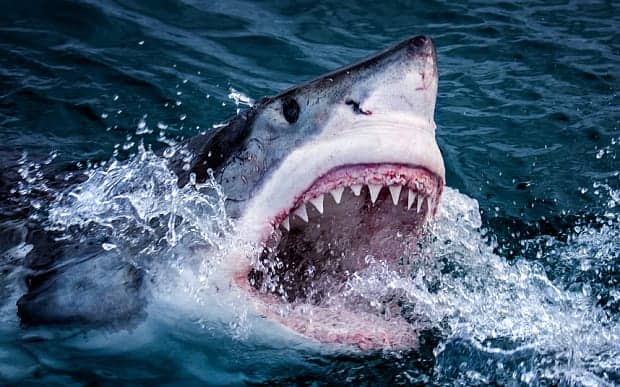 Shocking footage has captured the moment a Great White Shark broke into a diving cage while a tourist was trapped inside. The four-metre-long predator was chasing a piece of tuna bait left out by a guide when it accidentally smashed into the supposedly ‘shark-proof’ cage.

Great Whites can swim up to 25mph, and its momentum took it into the underwater apparatus as tourists watched in horror.

One stunned onlooker can heard to be expressing “oh my God” as desperate staff quickly open the top of the cage.

The shark appears to thrash around for several seconds as those watching ask “Is it inside?” and “Is he in the cage?” Then the fish suddenly emerges from the water, clearly distressed and bleeding in several places.

It manages to free itself and swims away.

A man then asks “Was there anybody in there?”