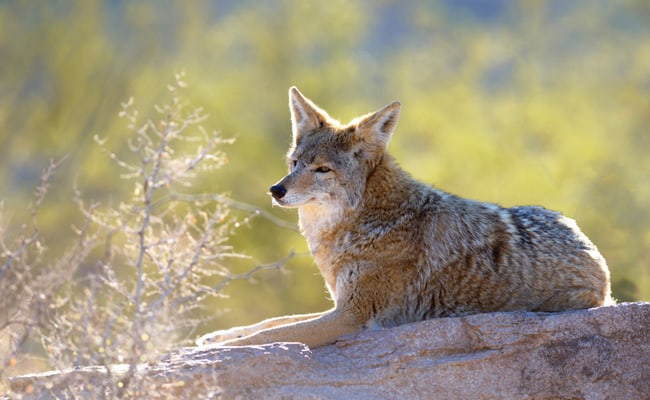 Animal advocates are celebrating a major victory for wildlife with the passage of a law in Vermont that makes coyote killing contests illegal.

These contests, which are also known as drives or derbies, reward people of all ages with cash prizes and weapons for killing the biggest and most animals.

According to Protect Our Wildlife Vermont, these contests are taking place out of sight throughout the site, where hunters routinely use electronic calling devices to lure coyotes, and have also been using dogs to chase coyotes to the point of exhaustion, before they’re shot or descended upon by dogs – only to be thrown away like trash when everything’s said and done.

Thankfully concerned residents stood up to stop these barbaric events from taking place.

Despite opposition from lobbyists and the state’s own wildlife agency, a coalition of members of the public, scientists and organizations including Project Coyote, Protect Our Wildlife Vermont and The Humane Society of the United States, continued to push for a ban, and protest contests.

Now, their efforts have paid off. This week the state enacted a bill sponsored by Rep. David L. Deen, which makes it illegal to hold events like this. Now, anyone found participating in a killing contest will face fines, and a suspended license and more fines if they’re caught again.

“We are gratified that the state of Vermont recognizes the ecological damage and suffering that these killing contests inflict, and is among the nation’s vanguard in instituting policy according to science-based management techniques of predator control,” said Camilla Fox, Executive Director of Project Coyote.

While these competitions are often held under the guise of wildlife management, or predator control, wildlife advocates and scientists argue that they’re not only cruel but counter to the goal of reducing conflicts with “nuisance” animals and that the indiscriminate killing of predators also ignores the valuable role they play in maintaining healthy ecosystems. It’s more than clear that these events are not about wildlife management or even hunting, but about glorifying the senseless killing of animals for fun and personal gain.

Thankfully progress is being made towards ending them. Following a victory in California, Vermont is now the second state in the nation to have acted to shut these contests down, and more will soon hopefully follow their lead.

“While we still have more work to do to bring Vermont Fish and Wildlife’s policies into the 21st Century, this is a step in the right direction. These contests violate hunting ethics and display zero respect for the animals that are killed,” said Brenna Galdenzi, President of Protect Our Wildlife Vermont.

For more on how to help stop these contests and promote coexistence with native predators, check out Project Coyote and its new film, KILLING GAMES – Wildlife in the Crosshairs.

You can also help by signing and sharing the petition urging lawmakers to make New York the next state to ban wildlife killing contests.