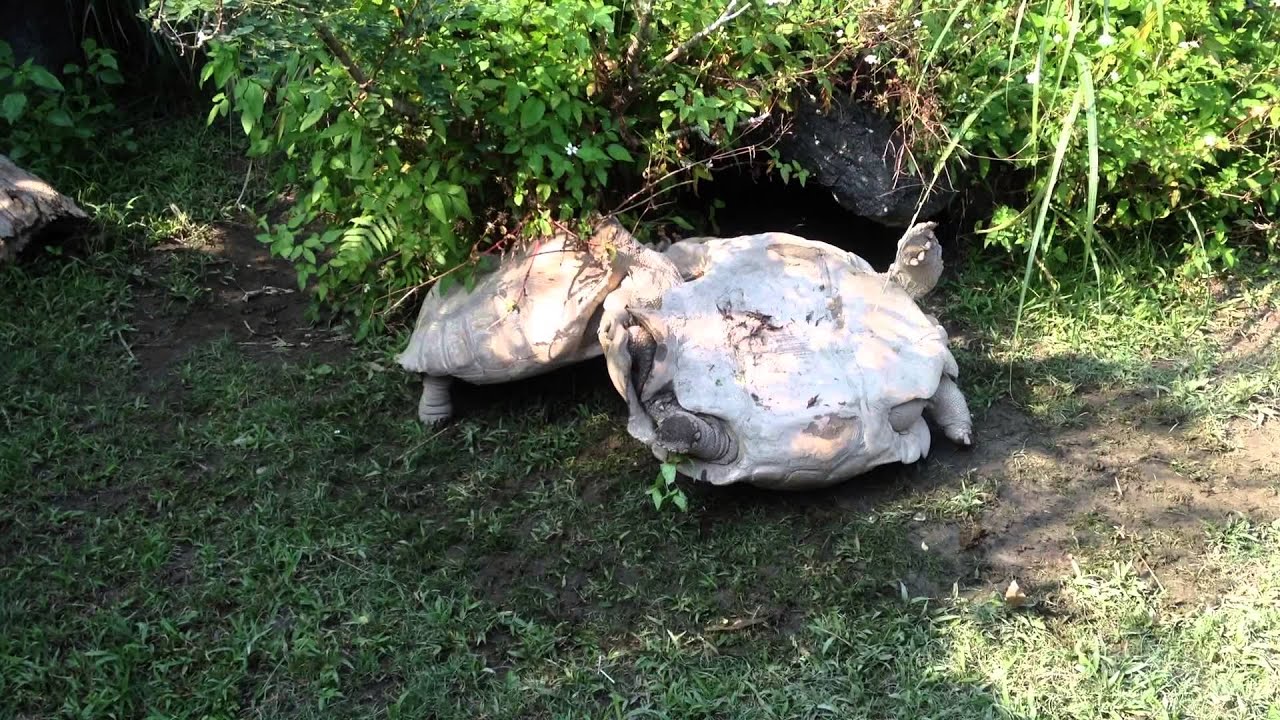 A YouTube video of a tortoise helping another get back on its feet has warmed the hearts of the Internet, garnering nearly two million views.

“We were all very lucky to see such kind of scene—one tortoise saves the other one’s life!” wrote AuDi Yu, who uploaded the video in late November.

“Also, it’s a great opportunity to give my daughter a lesson—helping others is the origin of happiness.”

But does the clip, shot at Taiwan’s Taipei Zoo, really show an altruistic reptile coming to the aid of another in distress?

National Geographic asked David Steen, a turtle and reptile expert at Auburn University in Alabama, to weigh in on what’s going on (hint: there may be some tortoise hanky-panky underfoot).

Can you tell what species of tortoise this is?

My guess is that it’s the African spurred tortoise. I can’t say with absolute certainty.

Were you surprised by the behavior of the animals in the video?

It looks altruistic, but my guess is it’s just an extension of the same aggressive behavior that the animal exhibits.

You mean they could have been fighting?

Why would male tortoises bite the female they’re courting?

It may be a matter of wearing down the female. It’s not too romantic.

You can see that the “hero,” if you will, follows the other one away. That leads me to suspect that it’s a male looking to breed with the female.

So if it was a male helping a female back to her feet, he may have had ulterior motives?

It’s hard to say exactly what’s on their minds, but if it’s a male, he could just be on cruise control and be ramming [the other tortoise] nonstop. I’m leaning toward the male-female theory.

There’s no interpretation that I can think of where the tortoises are friends and trying to save each other. I know I’m kind of being a buzzkill here.

This video was shot in a zoo, as you can tell from all the humans cheering when the tortoise is flipped.

That’s the other thing. When you put animals in captivity for years and in artificial conditions, weird things can happen. It’s hard to take their wild behavior and try to figure out what they’re doing in captivity based on that.

Are they social creatures?

Not generally. When it comes to reproduction, they’ll spend some time with each other, but I don’t know that they’ll really congregate or anything like that at other times of the year.

Are tortoises capable of righting themselves?

I know that turtles are, and they do so by sticking out their necks and rotating and clawing in the air. I think that it’s harder for tortoises, but it’s probably possible.

Tortoises often have more of a domed shell than freshwater turtles do, and that probably makes it more difficult for them to right themselves.

So much for the theory of the selfless tortoise.

[Yes]—it’s very likely that the tortoise that saves the tortoise is the one that got it on its back in the first place.

This article was first published by National Geographic on 18 Dec 2014.