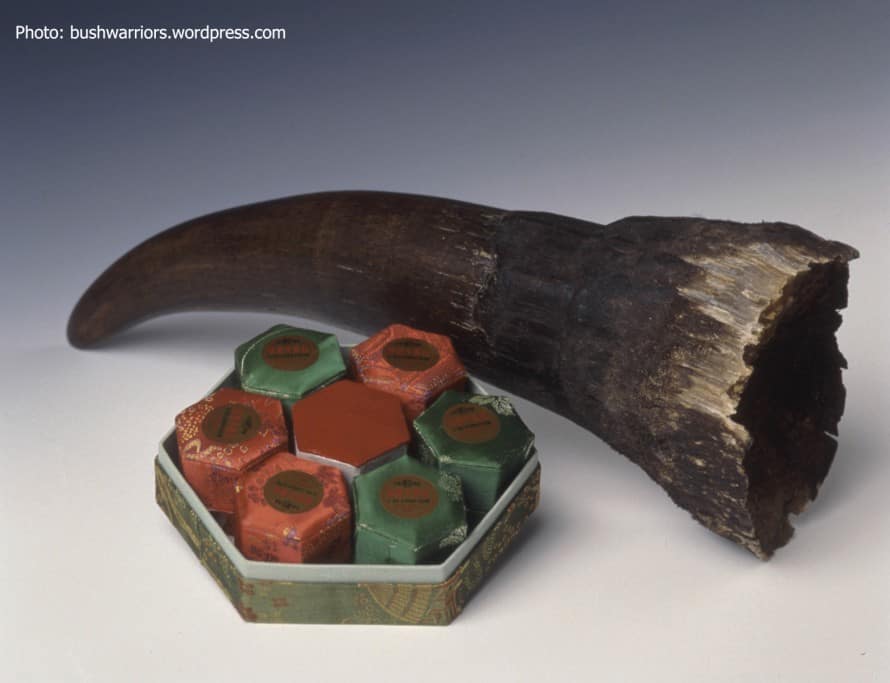 The two arrested—a 40 year-old man and a 30 year-old woman—have been charged with illegal possession of elephant ivory and rhino horn under the National Environmental Management Biodiversity Act (NEMBA). “TRAFFIC commends the South African authorities on the arrest of these two individuals, who appear to be among those riding on the criminal tidal wave currently sweeping away South Africa’s wildlife resources,” said Tom Milliken, TRAFFIC’s rhino and ivory expert.

“If convicted, they should face severe punishment, to act as a deterrent to others that such actions will not be tolerated.” The arrest comes only months after another pair of Vietnamese nationals were convicted of smuggling 20 rhino horns at O.R. Tambo International Airport. They were sentenced to 12 and 8 years in jail respectively. A record number of rhinos—more than 430 to date—have been poached in South Africa in 2011, with the crisis continuing to escalate, demand for ivory continues to fuel the poaching of elephants, especially in East and Central Africa.

Although used in traditional Chinese medicine for centuries in the treatment of fever, the current high demand for rhino horn appears to be driven primarily from Viet Nam, where it is being prescribed by some medical practitioners as a “detoxicant” and is popular among “high-flyers” trying to impress their peers. A rumour that a Vietnamese government minister was cured of cancer after taking rhino horn appears to be entirely unfounded.

“There is no doubt the demand for rhino horn in Asia is directly responsible for the continuing rhino poaching surge in Africa,” said Chris Shepherd, Deputy Director of TRAFFIC Southeast Asia. “Action, not talk, is needed. Enforcement agencies must increase their efforts now and put rhino and elephant poachers and traders behind bars.

“Currently, illegal traders are running circles around the enforcement agencies, a situation that cannot be allowed to persist.” According to TRAFFIC data, the last arrest of a rhino horn smuggler in Viet Nam occurred in 2008, but since then there have been no arrests.

In September, South African and Vietnamese authorities formally agreed on a process to sign a Memorandum of Understanding (MoU) to collaborate on natural resource management wildlife protection and law enforcement.

This article was written by TRAFFIC, the wildlife trade monitoring network, which works to ensure that trade in wild plants and animals is not a threat to the conservation of nature.