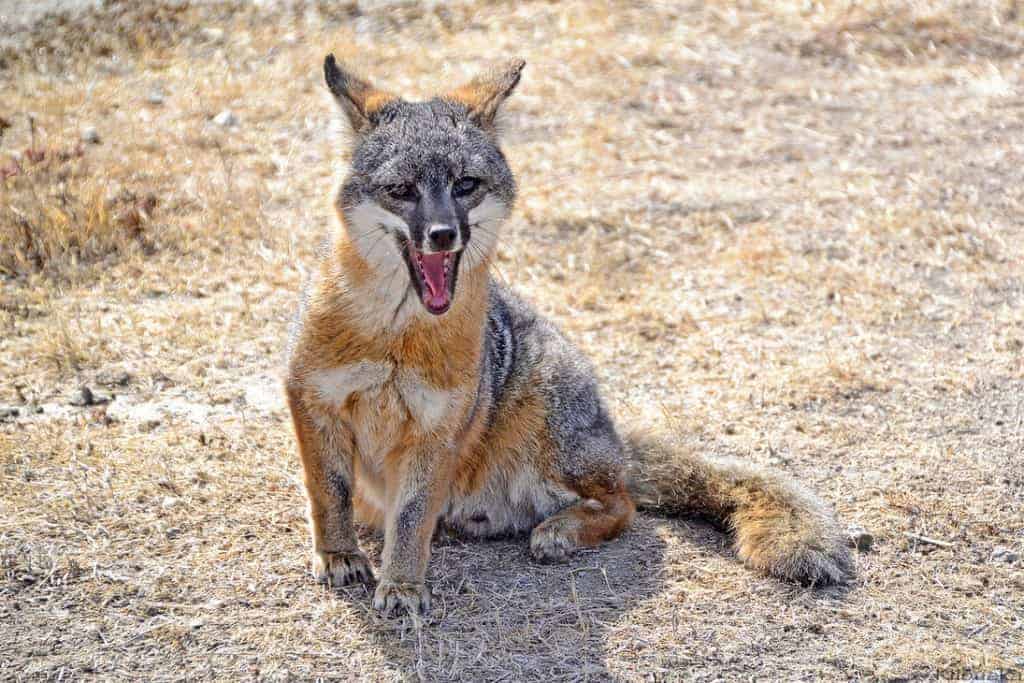 Here’s something kind of twisted: you know a conservation effort has been successful when the animals you’ve worked so hard to conserve are numerous enough to be run over by cars. That’s what happening now for the island fox, Urocyon littoralis.

The smallest fox in North America, this adorable critter is native to six of the eight Channel Islands, a small archipelago lying just off the coast of California.

Back in 1999, the sub-species found on Catalina, the only island with any significant, permanent human presence, plummeted from around 1,300 individuals to just 100 following an outbreak of canine distemper virus (CDV).

It’s thought that the virus made its way to the island not via domestic dogs, the obvious culprits, but thanks to a stowaway raccoon. For several years, researchers working with the Catalina Island Conservancy instituted a captive breeding program to rescue the island’s foxes from the brink of extinction. Thanks to that effort, along with CDV vaccines and an intensive monitoring program, the island is once again home to some 1,700 foxes.

But more foxes means more chances for negative encounters with humans. In 2014, at least 25 foxes died from human-related causes: 21 of them died because of vehicle collisions (though biologists think that number may be higher), two drowned in uncovered water containers, one was killed by an unleashed domestic dog and the last one died because it ingested rat poison.

A significant number of the dead foxes were found near trash cans – and that’s no surprise since food waste is an attractive source of nutrition for wildlife. That’s why the Catalina Island Conservancy has announced a new effort to distribute fox-proof trash cans throughout the 88 percent of the island it manages. The conservancy is planning on installing 150 new trash cans throughout its land as well as in key spots in Avalon, the main town on the island, at a price tag of $2,000 apiece.

The team isn’t attempting to protect the foxes just because they’re darn adorable, but that helps. Because they are cute and charismatic, people may be more motivated to help protect their habitat. In doing so, all of the other island species wlll indirectly benefit.

More importantly, their conservation is vital because the fox is thought to be a keystone species. Small as they may be, the foxes are actually the islands’ largest native land predator, rivalled only by raptors like bald and golden eagles.

And because they’re willing to eat just about anything,they play an important role inmaintaining a sort of ‘balance’ in the island’s plant and animal communities.

Without these tiny predators, smaller mammals like mice could overpopulate the island, and many of the native trees and plants could have trouble spreading their seeds, which remain in the foxes’ droppings after they’ve eaten their fruit. The foxes’ ability to thrive allows the rest of the island’s inhabitants to thrive as well.

This article was first published by Earth Touch News Network on 04 Mar 2015.

Yes I'm with Anne. They are beautiful let us help preserve them for all generations to enjoy.

Foxes are truly beautiful creatures who we are so lucky to have around us.So please use common sense and be responsible so that we can have them around forever. Their pups are gorgeous!