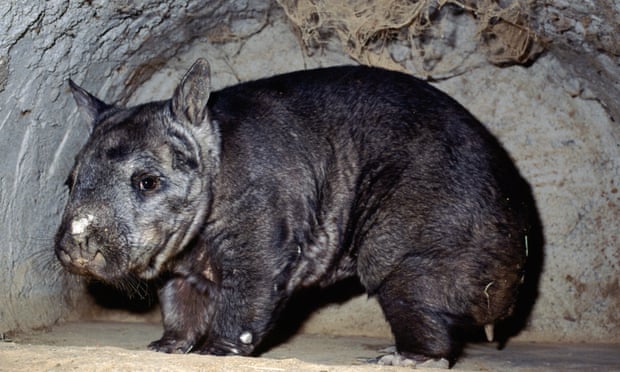 Australia has the most extraordinary national parks, home to our unique wildlife, deserts, mountains, forests and sacred icons such as Uluru. We are rightly proud of them. It’s hard to pick a favourite. But I do love Wilsons Promontory, where the wombats reign supreme, and getting one of these inquisitive fellows out of your tent after a late-night incursion is quite an adventure.

Most Australians love these little moments of delight that our national parks so often deliver. Many of us are counting the days until the summer break when we can pack up, head to that special park we’ve visited for years, and enjoy some respite from daily life.

For decades we’ve also splashed images of our national parks across the tourism ads created by people such as our prime minister (in his past life) to promote our country.

Yet despite everything parks give us in recreation and tourism, despite our professed love, the sad fact is we’re no longer showing them much care in return. That’s not love. It’s neglect.

Many state national parks budgets are opaque but it’s clear there have been cuts to the essential funding needed to maintain parks and create new ones in recent years.

We’ve seen a 29% reduction in Parks Victoria funding since 2012 and accusations of a $121m cut and falling ranger numbers at the New South Wales parks service. At the federal level, the program that supported new national park creation was axed in 2012, while national spending on nature protection is forecast to fall 61% from 2013 to 2021.

In fact, ACF estimates that across all our federal, state and territory governments spending on biodiversity protection has fallen 9% in the three years to 2017.

As a result, our hard-working park rangers have fewer resources to fight feral animals and noxious weeds. Across our country, the creation of new national parks and other highly protected areas has ground to a halt, with World Wildlife Fund Australia finding no net growth between 2010 and 2016.

It is not like the job is done. In Queensland, home to 1,000 threatened species, just 8% of land is protected in national parks, compared with 23% in Western Australia and 42% in Tasmania. Thankfully, the Queensland government has committed to more than doubling this over the next three years.

In Victoria, the Andrews government is yet to establish the Great Forest national park across the Central Highlands, choosing unsustainable logging over endangered creatures such as the Leadbeater’s possum.

These issues are just the tip of the iceberg. There’s more to be said about how some of our decision makers are increasingly backing inappropriate activities within national park boundaries such as inappropriate tourism development in Tasmania or failed attempts to reintroduce or maintain cattle grazing in Victoria and Queensland.

Others are even pushing to abolish some parks altogether for logging, as a member of the National party has attempted with the Murray Valley national park in NSW.

Our political leaders are in danger of falling into a trap of our utilitarian modern world by valuing national parks by only what money can be extracted.

That attitude is out of step with the community and fails to recognise the core reason for having national parks in the first place, namely the protection of nature.

The sad reality is that Australia leads the world in extinction. 29 mammal species have gone extinct since the arrival of Europeans. To put that in context, the United States has lost just two mammals since Europeans arrived there.

In 2011, Australian research published in the journal Biodiversity and Conservation found native species that live in national parks or similarly protected areas are more than twice as likely to hold stable populations than species living in habitats outside them.

Those wombats that I love are just some of the creatures that have been saved with the help of national parks. The northern hairy-nosed wombat, the world’s largest burrowing herbivore, was in real strife until 1971 when Queensland’s Epping Forest national park was created to save the last 30 individuals. Today a colony of more than 140 wombats is found there – nowhere near perfect, but at least tracking in the right direction.

Despite our inglorious status as an extinction hotspot, Australia remains near the top of the list for diversity of biological life. We are one of the few nations still to contain vast areas of intact habitats. Our continent remains relatively healthy, with hands-on management of the land by Australia’s First Peoples for more than 60,000 years.

Amid the current climate of attacks on our national park estate, a great success story exists. Protected areas on Indigenous land, managed by skilled Indigenous rangers, now totals more than 67 million hectares of country – an area 10 times the size of Tasmania. We should back this extraordinary success by heeding traditional owner calls to expand ranger numbers to 5,000 by 2030.

Ultimately though it will take an even greater network of well-managed national parks and protected areas on public and private land to safeguard nature. Estimates suggest we’ll need to invest at least $170m a year to develop a comprehensive reserve network, and more investment again to protect key biodiversity areas.

This network will need to be connected via bush corridors so that our wildlife can move unimpeded across large areas as they have for millennia and which they’ll increasingly need to do as climate change alters and restricts their habitat range. Corridor initiatives are already operating across Australia but are languishing due to funding cuts and the shelving of the national corridors strategy.

Nature has given us so much and now it needs us to give back. We can get started by securing another 10m hectares of important wildlife habitats and intact ecosystems in new national parks and other protected areas over the next three years. Because to truly love nature is to give it the space it needs to thrive.

Kelly O’Shanassy is chief executive officer of the Australian Conservation Foundation (ACF). This article was first published by The Guardian on 17 Dec 2019.

It sounds like Australians (& wildlife) are in the same boat as we in the US! Our politicians also have no conception of the need for migration corridors (your bush corridors) in order to give wildlife the chance to move from one area to another. Frankly, allowing these “representatives” to make these decisions, rather than actual experienced scientific research, is something that needs to be changed. For hundreds of years, profit & greed have been the deciders in all areas. Have to say – not working out real well for this planet!

Nothing changes. Humans destroy everything in their path. It will only be when its all gone that we will look back with regret and then question where did we get it wrong.

As always, the innocents are in the crosshairs of human failings.

Unfortunately there have been a number of non-green governments in charge of things. And as I’ve pointed out before the lefties have done a great job in indirectly assuring this was going to be. Please take a read.