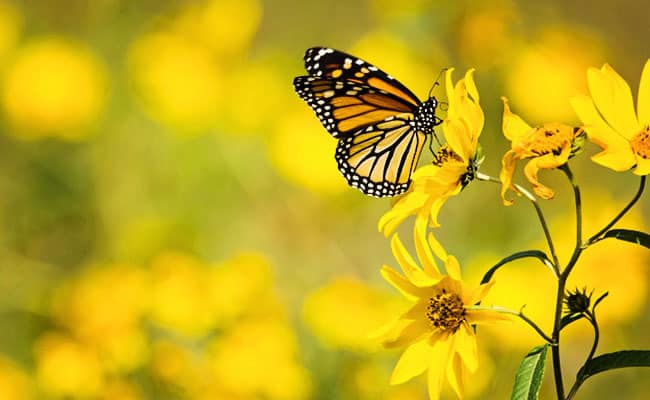 Just two decades ago, more than one million monarchs were counted on the West Coast, but they’ve continued to decline at an alarming rate. The latest numbers don’t bode well for the future survival of these iconic butterflies.

Monarchs have become well-known for their epic seasonal migrations spanning from as far north as Canada to forests in Mexico. The forests on the coast of central California also provide the western population of monarchs with a vital overwintering home.

The Xerces Society for Invertebrate Conservation began surveying them there in the late 1990s with the help of volunteers for the Western Monarch Thanksgiving Count (WMTC). According to the Xerces Society, the count – which is completed by biologists, land managers, and citizen scientists – is the longest running, most comprehensive effort to monitor monarchs who spend the winter in California.

Unfortunately, over the years, fewer and fewer monarchs are being found and this year they came up with the lowest count in five years.

Despite having the highest number of volunteers to date and more sites being surveyed than ever before, fewer than 200,000 were counted this year. The organization noted that it’s possible some arrived later than anticipated at overwintering sites, which could have affected the count, but either way they’re still facing a serious risk of extinction.

The decline is definitely worrying, and mirrors the loss of monarchs in the east who travel to Mexico. In the 1990s, an estimated one billion monarchs made this migration, but over the past 15 years the number of monarchs has steadily dropped by 80 percent, or more, by some estimates.

These fragile butterflies already face high mortality rates along their route.Their threatsrange from predators and parasites to a loss of millions of acres of habitat along their path and climate change. Both populations travel in the spring in search of milkweed plants ― the only plant that monarchs lay eggs on and caterpillars eat – but these plants are being destroyed by the herbicide glyphosate, which is sprayed on fields where genetically modified Roundup-ready corn and soy crops are grown.

While the future is looking grim, monarchs are not without advocates who are working hard for them. Conservation organizations are working on measures, including seeking endangered species status for monarchs and working to increase funding for habitat protection and restoration, in addition to providing us with ways we can help in our own backyards by planting native milkweed, and other native flowers that will provide them with a vital food source throughout the year.

If you’re looking for milkweed plants, check out the Xerces Society’s Milkweed Seed Finderand Monarch Watch’s Milkweed Market, which both offer native seeds and seed guides by region for planting.